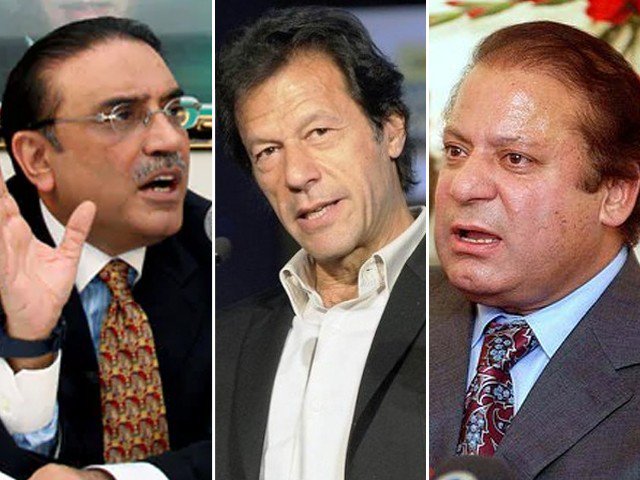 KARACHI: Topline Securities in its latest note to investors has predicted that there is a 75 per cent probability that the new coalition government will be led by Pakistan Tehreek-e-Insaf (PTI) along with independent candidates and smaller parties. Since it will be a close contest, there is a 25 per cent likelihood that Pakistan Muslim League Nawaz (PML-N) will return to power and will form a coalition government with Pakistan Peoples’ Party (PPP) and other parties and independent candidates.

Pakistan will be gearing up for its second consecutive democratic government transition later this month. Observant and political experts term the upcoming polls, scheduled for July 25, 2018, as one of the toughest and tightly contested elections in Pakistan’s history.

Based on market analysis, Topline Securities Analyst Nabeel Khursheed says that there will be a neck to neck contest between PML-N and PTI.

In a poll of leading corporates and fund managers, 77 per cent believe PTI to lead the next government and were equally split between PML-N and PTI as to who will get the highest number of seats.

In another poll of top political experts, 75 per cent of respondents were of the view that PTI will form the next government with 71 per cent stating that PTI is likely to score the highest number of seats.

In Gallup’s last national polls conducted in March 2018, PML-N remained the favourite among the public with 36 per cent popularity followed by PTI with 24 per cent. PML-N popularity before 2013 poll was 41 per cent and PTI stood at 14 per cent.

Experts believe that ‘electables’ are expected to play a significant role in the upcoming elections. History suggests that influential and rich candidates from different rural constituencies can significantly impact the end results as political parties are only important in cities while personal influence is key in villages and rural areas. It is for this reason that PTI has fielded some strong candidates who enjoy popular standing in their respective constituencies.

Besides many electables joining PTI, the on-going investigation against key PML-N lawmakers along with news of media censorship will also help PTI, analysts believe. International media and PML-N are also criticizing it and terming it as ‘political engineering’.

Some sections of media are deliberating that whether corruption cases against Nawaz Sharif and his family could lead to sympathy among voters. While PML-N gaining sympathy votes cannot be ruled out in the general elections of 2018, it may not drastically alter the forecast of PML-N winning 80-90 seats, Topline Securities’ report noted.

The report added, “We do not anticipate religious parties to post major threat in the upcoming 2018 general elections despite their announcement to unite under the banner of Muttahida Majlis-e-Amal (MMA). This is because, contrary to perception, except for 2002 elections, religious parties did not gain more than 5-6 per cent of seats.”

“Though in a coalition government, making rules will be difficult but looking at past trend, we conclude that the economy of Pakistan and stock market have no correlation with the political structure, whether majority or coalition,” the report added.

“Based on our analysis and taking the cue from our poll of market participants, we estimate KSE-100 index to go as high as 48,000 in case of PTI led government. While the index may go up to 50,000 if PML-N leads. The reason for a post-election rally will be political stability and Pakistan’s likely entry into an IMF programme. The lower upside of the index in case of PTI is owing to uncertainty over its economic policies while in case of PML-N, the market is expected to show a higher level of confidence,” the report concluded.