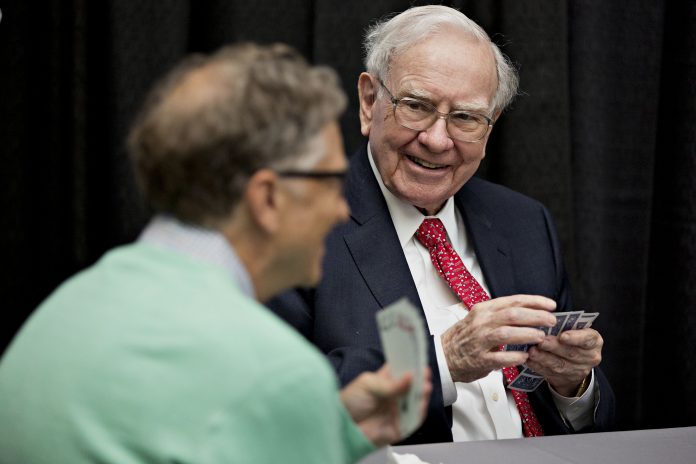 Results topped analyst forecasts, as underwriting profit at the Geico auto insurance unit more than quintupled, while earnings surged at the BNSF railroad and rose in Berkshire’s service and retailing operations.

Analysts on average expected operating profit of $3,387 per share, according to Thomson Reuters I/B/E/S.

Book value per Class A share, which reflects assets minus liabilities and is a preferred measure of growth for Buffett, rose 3 percent from the end of March to $217,677.

Berkshire also ended June with $111.1 billion of cash and equivalents, some of which Buffett could use to repurchase stock under a new policy giving him and Vice Chairman Charlie Munger more freedom to conduct buybacks as big acquisitions have been hard to find.

Buffett has made no major acquisitions for Berkshire since the $32.1 billion purchase of aircraft parts maker Precision Castparts in January 2016.

He has spent some money on stocks, and Berkshire said it ended June with a $47.2 billion stake in iPhone maker Apple Inc.

Berkshire said it has not bought back stock in 2018.