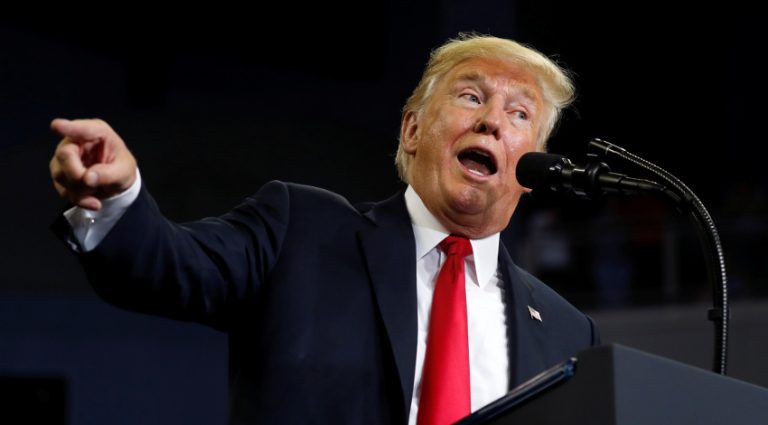 WASHINGTON: US President Donald Trump appeared poised to ratchet up his trade dispute with China, with punitive import tariffs on another $200 billion in Chinese goods likely to be announced “soon,” a White House official said on Monday.

Amid continued trade tensions with the world’s second-largest economy, Trump “has not been satisfied with the talks with China on this (and) my guess is announcements will be coming soon,” economic advisor Larry Kudlow said on CNBC.

Kudlow declined to specify details of the expected announcement but noted that reports indicating Trump will unveil 10 percent duties on $200bn in imports as soon as Monday are “more or less correct.”

China’s foreign ministry vowed on Monday to strike back if Trump presses ahead with plans to impose duties on another $200bn in Chinese imports, which would leave around half of everything the United States buys from China subject to tariffs.

Last week, Beijing said it welcomed overtures from US officials offering to re-start trade talks, but press reports indicate China would call off any meetings if the new punitive duties take effect.

Word of Trump’s latest tariff plans has weighed on Wall Street since last week, with markets in a wait-and-see mode.

But the news sent Chinese stocks tumbling more than 1pc on Monday, with the benchmark Shanghai Composite Index falling to 2,651.79, the lowest level since 2014.

In a pair of early morning tweets on Monday, Trump hailed his combative trade policy as a boon to American economic health and said the US steel industry, which the White House has championed in new protectionist measures, was now “the talk of the world.”

“Tariffs have put the US in a very strong bargaining position, with billions of Dollars, and jobs, flowing into our Country – and yet cost increases have thus far been almost unnoticeable,” Trump said.

He also threatened punitive action against nations that won’t deal fairly with Washington.

“If countries will not make fair deals with us, they will be ‘Tariffed!’” While US inflation has continued to rise steadily albeit modestly, firms across the country report lost businesses, layoffs, and possible bankruptcies as input costs rise and exports fall.

Multiple media reports in recent days cite officials saying Trump had decided to press ahead with tariffs on $200bn in goods as soon as Monday.

But he lowered the proposed duty rates back to 10pc after announcing last month that they should be increased to 25pc.

The lower tariff rate could soften the blow ahead of key US congressional elections in November.