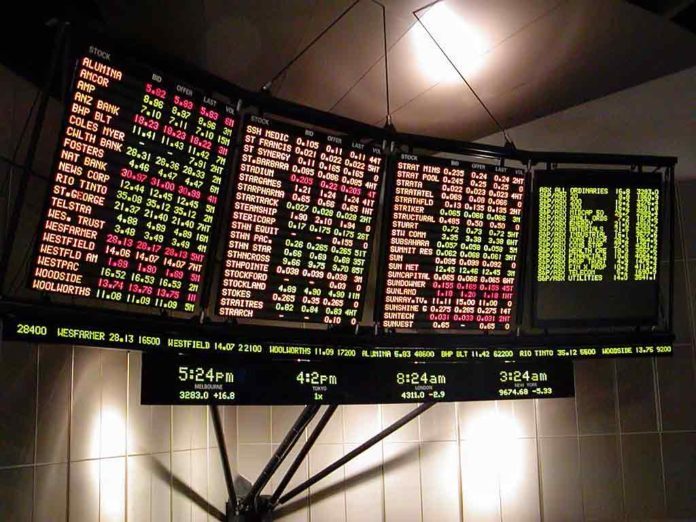 HONG KONG: Most Asian markets rose on Thursday but their recent rally lost its legs, though emerging market currencies held their own after Beijing’s pledge not to weaponise the yuan in its trade standoff with the United States.

Regional markets have been on the rise this week after the latest tit-for-tat tariffs from China and the US were considered lenient and allowed for talks, with observers suggesting a further escalation was unlikely in the near term. And while China on Wednesday hit back at Donald Trump’s accusation that it is using the trade conflict to affect November’s key mid-term elections, the generally upbeat sentiment continued into Thursday morning.

However, investors began to step back as the day wore on. Tokyo ended barely moved, Shanghai was slightly lower and Hong Kong fluctuated before ending up 0.3 percent.

Singapore inched higher and Seoul put on 0.7 percent while Wellington edged up 0.2 percent following data showing the New Zealand economy grew at its fastest in two years during the second quarter.

Jakarta put on 0.9 percent but Sydney, Taipei and Manila dropped. “With both the US and China likely to resume negotiations, expectations are still there for a resolution before President Trump deems it necessary to double down on tariffs,” said Stephen Innes, head of Asia-Pacific trade at OANDA.

Wall Street had provided a positive lead with all three main indexes hovering near record highs.

Emerging market (EM) currencies were enjoying some much-needed buying support, having been beaten down by trade war fears in recent months, as well as concerns of a spillover from crises in Argentina, South Africa and Turkey.

Analysts said that as well as the easing trade tensions, a key boost for the currencies was Premier Li Keqiang’s statement that China would not devalue the yuan to fend off the effects of any tariffs.

“The premier’s comments are encouraging as they indicate that China won’t actively use its currency as a weapon in its trade scuffle with the US,” said Rodrigo Catril, senior forex strategist at National Australia Bank.

However, he added: “As we have seen in recent months this doesn’t necessarily mean that China will prevent the yuan from weakening if market forces push the currency lower.”

A devaluation in 2015 sent world markets and EM currencies plunging.

On Thursday Indonesia’s rupiah, the Malaysian ringgit and the Thai baht all added 0.3 percent, while the South Korean won was 0.1 percent up.

Turkey’s lira climbed 0.9 per cent, while the South African rand and Russian ruble were 0.3 per cent higher.

Oil prices extended Wednesday’s gains, which were spurred by data showing US stockpiles fell to a three-year low, offsetting concerns about the possible impact of a trade war.