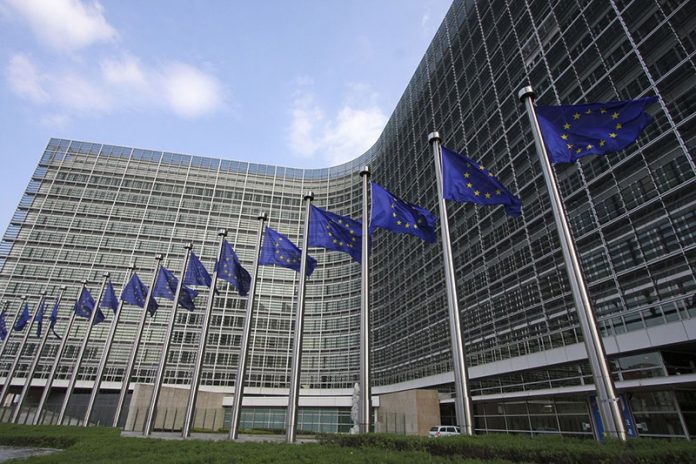 LAHORE: A six-member delegation of the European Conservative and Reformists Group of Parliamentarians on Wednesday visited the Lahore Chamber of Commerce and Industry (LCCI) and held an interactive session with the LCCI office-bearers.

Head of the delegation, Hasns-Olaf Henkel, and LCCI President Malik Tahir Javaid on the occasion discussed in detail about the ongoing economic scenario, GSP Plus Status to Pakistan and the country’s economic ties with the European Union.

Hasns-Olaf Henkel said that the purpose of the visit was to gain a better understanding of the latest economic and political developments in Pakistan, adding that textile was the major export-oriented industry of Pakistan, which needed to enhance its potential in others sectors as well.

“We see things are improving and getting better. Security condition has improved significantly now. We feel safe here,” he expressed.

LCCI President Malik Tahir Javaid said that GSP Plus status was first awarded in 2013 and became effective from January 1, 2014. “Contrary to the expectations, it resulted in marginally improving Pakistan’s exports to EU. It is now expected that in next few years, Pakistan would be able to enhance its exports to EU by a considerable extent using the GSP Plus Status,” he added.

The award of GSP Plus status for the second time proved that the European Parliament had expressed satisfaction over the progress achieved by Pakistan in enacting new laws and developing new institutions for implementation of 27 core conventions, he mentioned.

“Pakistan is a responsible state and understands that continuity of GSP plus benefits hinge on the effective compliance of the ratified labour conventions. The country has maintained ratification of the eight ILO fundamental conventions relevant for GSP Plus and has complied with all its reporting obligations,” he maintained.

Malik said the government had taken a number of initiatives over the years to ensure compliance of GSP Plus conventions, particularly labour rights, and it had also developed a framework for revitalization and restructuring of the labour inspection system, besides working with ILO and donors to implement improvements, including through recruitment of inspectors, capacity building and digitization.

He said that Pakistan had been working with EU since 2016 in the project called International Labour and Environmental Standards Application in Pakistan’s SMEs. The project would assist public sector institutions to improve the enforcement of existing legislation and compliance of international labour standards in Pakistan, as well as define new laws where necessary, he added.

The Federal Law on Employment of Children-1991, he said, had now been replaced in all provinces by provincial acts in order to restrict child labour. Generally, he added, these laws prohibited children under 14 to engage in any work and children under 18 to engage in hazardous occupations.

The LCCI president said that the National Commission for Child Welfare and Development had been established which was also addressing the issue of child labour to some extent. The federal and provincial commissions on the Status of Women, he added, had also played an important role in promoting gender specific human rights in Pakistan, while trainings had also been carried out on harassment laws and there were also quotas for women in certain public positions.

“The obstacles faced by the government in ensuring complete implementation of labour rights conventions must be recognized. It is important to mention that the government is showing utmost will to improve the overall positive image of Pakistan in this connection,” Malik Tahir Javaid said, adding that many responsibilities for implementation of the Conventions had been devolved to the provinces, where capacity and resources are often relatively insufficient.