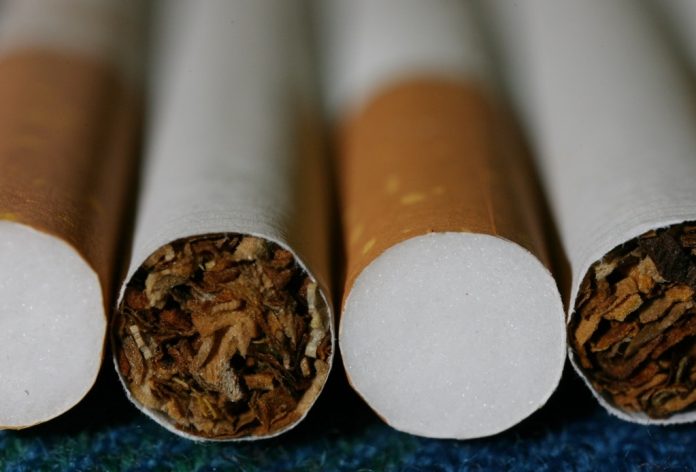 ISLAMABAD: National Health Services Minister Aamer Mehmood Kiani has called for collaborated efforts with the Ministry of Finance to raise the taxation on cigarette, since it has proven to be a major cause of non-communicable diseases (NCDs) and the subsequent deaths in Pakistan.

Speaking at the first-ever health festival organised by the Hashoo Foundation and committing to further increase of taxation on tobacco products and sugary drinks, Kiani said, “The tobacco is the leading cause of health diseases in Pakistan and stricter measures must be adopted to eliminate its consumption in the country.”

Discussing the plan of the health ministry and the rising need to collaborate with the Federal Board of Revenue (FBR) to curb the health hazards of tobacco consumption, Kiani stated the government has vowed to place health at the top of its agenda and therefore FBR must collaborate with the health sector. “I suggest the implementation of sin tax on tobacco products and I have communicated the same in writing to the Ministry of Finance,” he added.

A sin tax is an instrument of excise tax, specifically levied on certain goods which are deemed injurious to the society and includes products like soft drinks, coffee, sugar, fast food and tobacco. According to the World Bank, the excise taxes on tobacco products can not only prove to be an effective instrument for promoting public health, but can also raise significant revenues for a nation’s exchequer. If designed and implemented well, excise taxes can be a win-win for a country’s health and finance sector simultaneously.

It is pertinent to mention that Pakistan became a signatory to the World Health Organisation’s Framework Convention on Tobacco Control in 2005, under which it took a pledge to ensure smoke-free public places, reduce tobacco advertising and promotion and to raise tobacco taxation and pricing.

The Prohibition of Smoking and Protection of Non-Smokers’ Health Ordinance 2002, incorporated necessary statutory regulatory orders (SROs) to abide by the clauses of the WHO’s FCTC; although, the non-compliance of the law in the public places including in banks, universities and restaurants remains alarmingly high.

The implementation of tobacco control law in Pakistan is so poor that it is ranked at 54th among 84 countries with the highest prevalence of tobacco smoking. Moreover, the cost of smoking in Pakistan associated with the outbreak of NCDs and the other tobacco-related diseases is reported to be around Rs143.208 billion in the year 2017.

According to FCTC, increasing taxes on tobacco products is one of the most effective ways of cutting down consumption; however, Pakistan has witnessed an unfortunate series of events in the form of resistance from the powerful tobacco industry which has always vehemently lobbied against the tobacco law introduction and implementation in the country.