NAB yet to decide on inquiry of KASB amalgamation into BankIslami 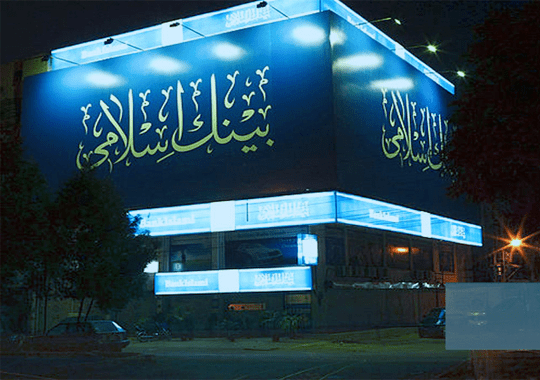 ISLAMABAD: The National Accountability Bureau (NAB) has still not completed its inquiry with regard to the “irregular amalgamation” of KASB Bank into BankIslami Limited.

In October last year, the NAB executive board had authorised an inquiry against the officials of State Bank of Pakistan (SBP) for the alleged misuse of authority with regard to the amalgamation of KASB Bank into BankIslami.

The inquiry was authorised after it had surfaced the amalgamation had cost the national exchequer Rs3.435 billion.

The Auditor General of Pakistan (AGP), in his Audit Report 2017-18, had framed allegations against the SBP in the case of “irregular” amalgamation of the defunct KASB Bank into BankIslami.

The AGP had also printed an audit objection of a loss of Rs435 million in its last report for the Audit Year 2016-17.

On May 7, 2015, the SBP merged KASB Bank into BankIslami at a token price of Rs1,000 after the former could not meet the statutory paid-up capital requirement of Rs10 billion. The SBP had extended two separate loans of Rs20 billion to BankIslami after the amalgamation of KASB bank.

“The grant of financial assistance and credit line shows that BankIslami was not in a financially sound position to manage the losses of the KASB.” The SBP gave undue favour to BankIslami as other banks were not offered such facilities as given to the BankIslami,” according to the audit report.

Moreover, the procedure of amalgamation was made in violation of Banking Companies Ordinance 1962, hence, the amalgamation of the KASB Bank was irregular, the auditors noted in the report.

The SBP amalgamated KASB Bank, having assets and deposits worth Rs57 billion with BankIslami, without considering market value of assets of KASB Bank or its shares price at the stock exchange, according to the audit objection.

The auditors were of the view that at the time of KASB’s merger the market value of the bank was Rs6.6 billion, being worked out at Rs3.47 per share of 1.9 billion shares. The decision to merge the bank at Rs1,000 caused this much loss to the sponsors.

The amalgamation was made with BankIslami without offering to other large banks despite interest shown by other large banks and investors, according to the AGP report. The AGP further noted that MCB was interested to buy KASB Bank and a MoU was signed between both banks. However, within two days of signing the MoU, SBP imposed moratorium due to which MCB backed out.

The auditors affirmed that sponsors of KASB Bank managed to bring a Chinese investor, Cybernaut Investment, but the SBP never gave permission to the investor to open an Escrow account.

SBP’s take on the matter

The State Bank of Pakistan (SBP) through a circular in July, notified it had disposed of all the objections raised by the shareholders regarding the amalgamation of the defunct KASB Bank into BankIslami.

The notification from the central bank said a copy of the notice was also issued to the 3,999 members/shareholders of the bank on the given addresses, as per the list obtained from Banklslami, CDC and Pakistan Stock Exchange, however, 720 letters were returned as undelivered.

According to the notice, the members and shareholders of the bank, as on 27-04-2015, were invited to file their written objections to the valuation of the bank as set out in the scheme of amalgamation to the director, Banking Policy & Regulations Department, State Bank of Pakistan, within 15 days of the notice.

There was no reason raised by the objecting member and shareholders, which could be considered to necessitate fresh evaluation, said the central bank. “Therefore, the objections, as analyzed above, have not raised any substantial ground for an increase in valuation justifying payment of any compensation to the members and shareholders of the bank,” said SBP.

The Supreme Court (SC) also disposed of a petition filed by former CEO of defunct KASB Bank Khadim Ali Shah Bukhari and other minority shareholders challenging its merger with BankIslami.

In a notification sent to the Pakistan Stock Exchange (PSX) in early September, BankIslami announced the dismissal of the petition filed by Bukhari and other minority shareholders in the apex court challenging the merger of the defunct KASB Bank with BankIslami.

January 17, 2021
Liquefied natural gas (LNG) suppliers have refused to provide Pakistan with gas in the month of February. According to local media reports that surfaced on...