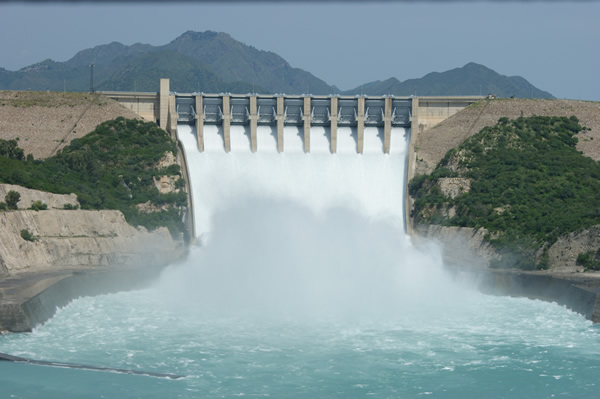 The test was conducted at a load of about 1,100 Megawatts (MW) under the supervision of the consultants and the contractor of the project.

The completion of Tarbela 4th Extension and Neelum Jhelum hydropower projects this year has exerted a positive impact on the overall hydel generation, as it surged to 5,241MW during the peak hours on Friday, registering an increase of about 46 per cent as compared to 3,581MW generated on the same day last year.

Since its commissioning, Tarbela 4th Extension Hydropower Project has so far contributed 1.26 billion units of low-cost hydel electricity to the national grid despite low flows of water this year.

The 1,410MW-Tarbela 4th Extension Hydropower Project has been constructed on tunnel no. 4 of Tarbela Dam. The project has three generating units, each of them having a capacity of 470MW. The project will provide 3.84 billion units of electricity on the average to the national grid per annum. Annual benefits of the project have been estimated at Rs30 billion.

With the completion of Tarbela 4th Extension Hydropower Project, the installed capacity of Tarbela Hydel Power Station has increased from 3,478MW to 4,888MW.