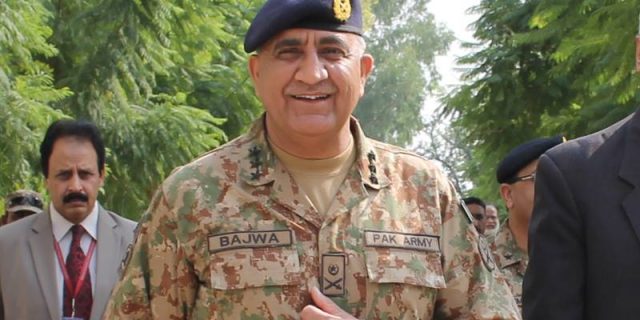 ISLAMABAD: Federal Board of Revenue (FBR) Facilitation and Taxpayer Education (FATE) Member Dr Hamid Ateeq while talking to the media early on Wednesday said that the Pakistan Army deposits Rs390 million income tax every month, making it one of the largest contributors to the tax net.

He said that under the leadership of Pakistan’s Chief of Army Staff General Qamar Javed Bajwa, tax returns have experienced an upward trend and returns have been filed a month prior to the due date. In addition, military-owned ‘Topi Rakh’ is the highest tax paying marriage hall compared to other halls in the country.

Furthermore, Member Policy Dr Iqbal briefed that notices have been issued to over 1.02 million people who have filed their returns after the due date from 2015 to 2018.

It is pertinent to mention here that an amendment in income tax law made through Finance Act 2015 by the previous government provided for automatic selection for audit if a person had not filed income tax returns by the due date stipulated under the law. Through Finance Act 2018 this amendment was withdrawn, however, the cases that were automatically selected under the said provision prior to its withdrawal were still to be audited. Dr Iqbal said that this created a lot of problems for the taxpayers and also resulted in a large pendency of audit cases. Therefore, in order to facilitate the taxpayers, the present government provided a one-time option to the taxpayers for closing the audit proceedings due to the late filing of returns through the Finance Supplementary (Amendment) Act 2018.

Under the Finance Supplementary (Amendment) Act 2018, taxpayers are provided with an option to get their audits closed on the payment of either 25 per cent higher taxes than the tax paid with the return or in case no tax was payable 2 per cent of the turnover and to file revised return by December 31, 2018. The salaried individuals whose cases were selected for audit due to late returns were facilitated by exempting them from the requirements of paying 25 per cent higher tax and filing revised returns for the closure of their audit cases. They, however, had to pay only the penalty on account of delay in filing of return in order to get their audit cases closed.

It is worth mentioning that the previous government had fixed the minimum penalty for late filing of return at Rs20,000 through the Finance Act 2013 and no change has been made by the present government.

While replying to one question, he said that 2103 people in the last four months have availed this facility and tax department has collected Rs41.36 million from them.

On a question related to the withdrawal audit notices sent to Prime Minister Imran Khan, President Arif Alvi and other 150 politicians, he said that tax department did not withdraw any notice and audit proceedings are ongoing against them.

About the amnesty given to Aleema Khan, PM Imran Khan’s sister, he refused to give information on this matter.