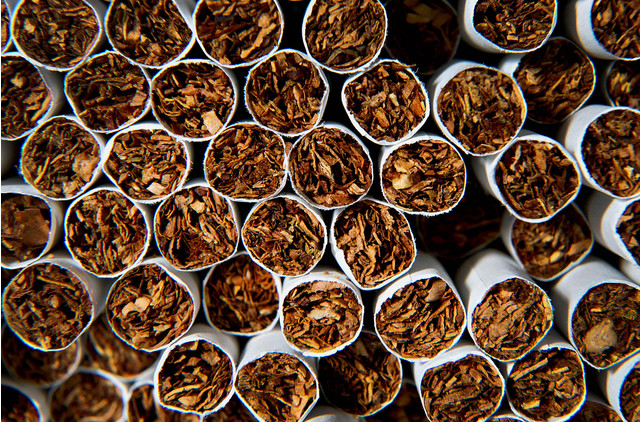 ISLAMABAD: Multinational companies (MNCs) in the tobacco sector are allegedly flourishing at the cost of Pakistan’s economic interests owing to glaring flaws in the taxation mechanism coupled with an absence of practicable laws to effectively regulate the functioning of MNCs, said sources.

So far, lack of governmental oversight and an ineffective regulatory check has allowed the MNCs operating in Pakistan to exploit the existing situation and draw mega corporate benefits beyond imagination.

Alarming rises in temperature in the recent years, as well as rise in environmental pollution and spread of environment-related diseases, are considered as the repercussions of exploitation of natural environmental standards by leading MNCs for monetary benefits.

In this context, the unchecked extraction of underground water by the MNCs to sell bottled water is in violation of the related criterion laid down by Pakistan Standards and Quality Control Authority (PSQCA) and Environment Protection Agency (EPA) as it causes depletion of water resources. It is an open secret that the third world or less developed countries like Pakistan make an ideal catch for the MNCs that exploit natural resources in these countries by paying ‘peanuts’ to the concerned officials or departments.

It merits a mention here that back in the year 2014, the EPA had directed a leading multinational food and beverages company to submit a comprehensive Environment Impact Assessment (EIA) report along with a hydro-area study and draw-down impacts before carrying out deep water welling in the federal capital. However, the matter was allegedly swept under the carpet.

The challenges posed to the environment by unchecked operations of tobacco companies are also phenomenal. Khyber Pakhtunkhwa is the province that heavily relies on tobacco cultivation with thousands of farmers and their families affiliated with this trade to earn a living. However, in the garb of expanding their operations, the foreign tobacco brands have resorted to unabated cultivation of the Populus (Sufaida) tree that is extremely hazardous to the environment, as it massively depletes the water table. Resultantly, the serious water crisis across the country, especially in KP, is also linked to the depletion of water table.

On the economic side, sources in the tobacco sector said that the glaring flaws in taxation mechanism have allowed the tobacco companies to flourish at the cost of Pakistan’s economic interests. The case of leading foreign tobacco brand Philip Morris International (PMI) can best be narrated in this context. In recent years, Philip Morris (Pakistan) Limited showed mega losses of millions of rupees in a bid to justify large-scale downsizing of its staff and closure of its factories.

Allegedly, the third-tier tax slab has benefitted the tobacco companies without doing any good to the national kitty in the form of revenues.

According to an un-audited quarterly report of Philip Morris International prepared by directors on behalf of board of directors for the third quarter ended September 30, 2018, during the said period, the company’s gross turnover increased by 25pc compared to the same period of 2017, mainly attributable to normalization of trade inventory movements and partial recovery of sales volumes after the introduction of the third excise tax tier in the 2017/18 federal budget.

The introduction of the third excise tier arrested the exponential growth of non-tax paid cigarette segment (Illicit trade), providing a more level playing field by narrowing the price gap between tax paid and non-tax paid cigarettes. While the overall cigarette consumption has remained relatively static, there was a gradual shift in volumes from the illicit cigarette segment towards tax paid products. However, the Finance Supplementary Bill (September 18, 2018) imposed 46pc increase in the excise rates for the third excise tier, which led to a tax-driven price increase and has again widened the price gap between the tax paid and non-tax paid cigarettes, said an un-audited quarterly report of Philip Morris International.

The company recorded an operating profit before tax of Rs1,194 million for the nine months period ended September 30, 2018, compared to Rs391 million for the same period of 2017.

During the period, the company’s contribution to the national exchequer, in terms of excise duty, sales tax, and other government levies, was Rs13,648 million, as compared to Rs11,429 million for the same period in 2017. The third excise tax tier provided a wider and more sustainable base for the growth of government revenues which would have otherwise seen a significant decline, said the report.