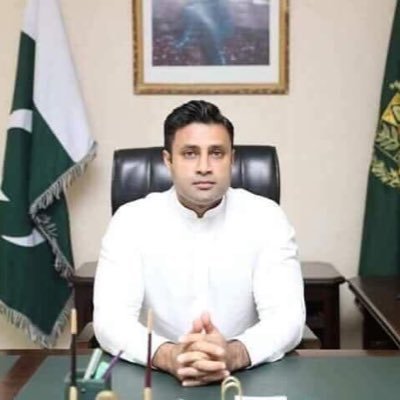 LAHORE: After facing heavy criticism from overseas Pakistani’s regarding the government’s new mobile import policy, the Special Assistant to the Prime Minister for Overseas Pakistanis, Syed Zulfikar Hussain Bukhari said he had requested the Minister of State for Revenue Hammad Azhar to permit two duty-free phones to be brought.

In a tweet on Saturday, Mr Bukhari said, “Owing to the huge amount of feedback about regulation on phones, I have requested Minister of State for Revenue Hammad Azhar to lower tax on cellphones and at least allow two duty-free phones. We are listening to overseas Pakistani’s and will do our best to facilitate Pakistani’s around the world.”

On 11th December, the Minister of State for Revenue, Finance and Economic Affairs Hammad Azhar had unveiled the new mobile tax policy for people travelling from abroad and how it will function.

Mr Azhar had highlighted people using their phones on roaming while staying in Pakistan won’t require to pay any duty/registration if the time period is less than thirty days.

The minister stated for benefit of people travelling into Pakistan from abroad, the mobile tax policy will allow for one phone to be registered as duty-free.

He added, for people using their phones on roaming while staying in Pakistan would require paying no duty/registration.

Also, the minister said no registration/duty is required if phones are to be used for less than thirty-days in Pakistan.

He highlighted, no registration/duty is required to be paid on a phone that was activated or ever used in the country before December 1st, 2018.

For these phones to be registered, Mr Azhar said it can be done at either the airports or in any of the Customs houses across the country and phones aren’t detained during the process of registration/duty payments.

In response to a query, if the passengers arriving from overseas would be searched for extra devices, Mr Azhar said, “It’s a voluntary declaration, registration can be done at customs houses too.”

Moreover, he explained voluntary declaration meant that airports aren’t the route to register and there was no compulsion in registering.

However, non-custom paid phones that aren’t registered will get deactivated after thirty-days, said Mr Azhar.

Previously, Mr Azhar had announced late last month that mobile phones sold after 1st December 2018 that are not customs duty paid (i.e. smuggled) will be deactivated by PTA after a lapse of 30 days.

In a post on Twitter, the minister said that the cabinet decided that mobile phones sold after 1st December 2018 that are not customs duty paid will be deactivated by the Pakistan Telecommunication Authority (PTA) after a lapse of 30 days.

Phones currently in use or activated before 1st December will not be affected or require any registration.

Earlier, Information Minister Fawad Chaudhry had announced that the cabinet had decided to install a new Device Identification Registration and Blocking System (DIRBS) to block the smuggled phones after December 31. “The restriction will not be imposed on the phones already in use,” he added.

TRC decides to refine system for valuation of immovable properties