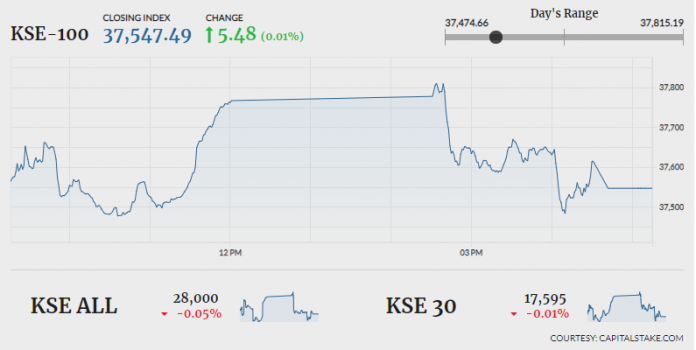 KARACHI: The investors of Pakistan Stock Exchange (PSX) observed a volatile session on Friday where indices, after oscillating in both directions, ended the day flat. Trading volumes continued to remain low.

Moreover, as per the recent data released by the State Bank of Pakistan, foreign exchange reserves held by the central bank declined by 2.28pc on a week-on-week basis with reserves now standing at $7.29 billion. The third $1 billion tranche from Saudi Arabia is also expected to arrive this month as per news reports. On the political front, the crown prince of the United Arab Emirates is expected to visit the country soon while the prime minister is currently on an official tour to Turkey.