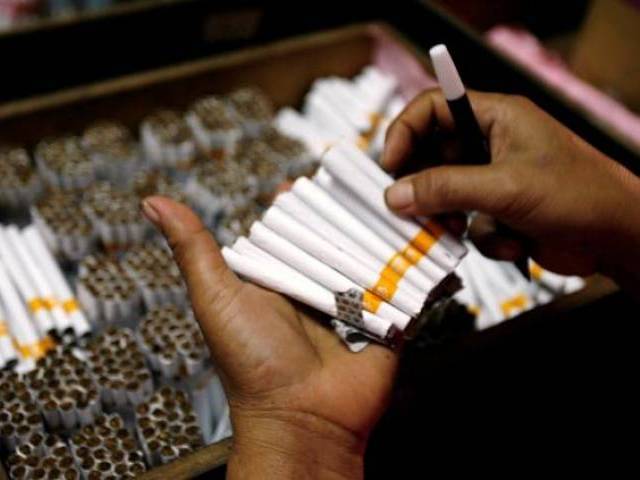 ISLAMABAD: A special committee has rejected the tax department’s briefing on a matter pertaining to the decline of Rs60 billion in revenue from the tobacco sector.

The special committee meeting was held at Parliament House on Tuesday under the convenorship of Senator Kalsoom Parveen.

The Federal Board of Revenue (FBR) chairman informed the committee that 66pc people were involved in the legitimate tobacco business and were paying 98pc tax while the rest of the 34pc were only paying 2pc tax.

Besides this, the chairman said that production of the legitimate industry (multinational companies) has declined and the department cannot differentiate between the multinational from the domestic industry.

He said although the cigarette production of multinational companies has been declining, but their profit has been continuously increasing.

The committee convener told the FBR chairman that the representatives of companies themselves informed him that they have earned 60pc more money, National exchequer has to bear Rs67 billion losses and you are telling that their production has been declined.

“The department has not taken any action against those who introduced the tier3 system and I know whose family members were doing what jobs in multinational companies,” he added.

The chairman replied that no family member of the present management of FBR was working in any tobacco company and in fact, revenue has been increased through the imposition of tier 3 system.

The FBR policy member said that the department is going to stamp cigarettes from March this year in order to increase the revenue and control illicit trade.

Senator Azam Swati said that weak enforcement was creating problems in the implementation. “If you catch two or three big fishes, I can assure matters can be solved easily,” he advised the FBR office-bearers.

The representatives of Pakistan Tobacco Board informed the committee that there were 75,000 tobacco growers producing tobacco all over Pakistan, out of these more than 45,000 growers are located in Khyber Pakhtunkhwa producing 95pc of Flue Cured Virginia over an area of 25,500 hectares. The sector is also one of the main contributors to the government exchequer and sourced Rs88 billion in FED/sales tax in 2017-18.

Senator Dilawar Khan was of the view that there was a dire need to revisit SRO 1149 (1)/2018 as multinationals companies can export GLT but local manufacturers could not.

Senator Kulsoom Parveen on the occasion said she was not satisfied with the FBR briefing and directed the board to revisit the SRO and its clauses in consultation with all the stakeholders. She said that she would once again arrange a sitting with the FBR to review the issue in detail.