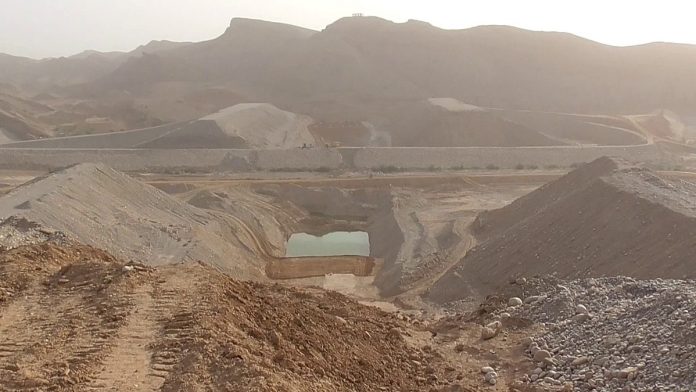 ISLAMABAD: The federal government on Thursday gave approval to the Nai Gaj dam project without finalizing its revised cost and source of funding which has faced major delays.

At the helm of CDWP is the planning minister has the powers to only give go-ahead to projects having Rs3 billion worth and it forwards all those with a higher cost to ECNEC for final approval.

Overall, three schemes worth Rs202 billion have been forwarded to ECNEC for a final decision.

According to a statement issued by the planning ministry stated the Nai Gaj dam’s second cost revision worth Rs46.5 billion was sent to ECNEC for the final go-ahead.

As per Planning Secretary, Zafar Hassan the Nai Gaj dam would assist in managing water shortages and irrigate an area of 28,000 acres in Sindh.

He added the issue needed to be worked upon collectively by the Sindh as well as the federal government.

He highlighted in view of its significance, its completion should be quickened without any further ado.

The CDWP had been asked by the Ministry of Water Resources to give go-ahead to the project at a revised cost of Rs47.73 billion.

During PPP’s tenure in 2009, the project had been approved at a cost of Rs16.5 billion, for which 96% funding was to be provided by the federal government.

As a result of cost over-runs, the PPP government pushed its cost upwards to Rs26.2 billion in 2012.

Now, the Ministry of Water Resources and the Water and Power Development Authority (Wapda) have come with a revised PC-I, in which it has sought an increase in cost to Rs47.7 billion.

However, the Ministry of Planning and Development has suggested a reduction of the cost to Rs41.8 billion.

Additionally, it advised that the federal government’s share should be limited at the revised cost of Rs26.2 billion, and the remaining Rs15.6 billion should be provided by the Sindh government.

In a meeting, the Ministry of Water Resources opposed setting the revised cost at Rs41.8 billion, as per the officials who attended it.

It believes if the CDWP decided to set the cost at Rs41.8 billion, this may result in a third revision of the PC-I.

According to the officials, the CDWP forwarded the matter to ECNEC for final go-ahead and the Sindh government has also said no to providing funding for the project, since it didn’t have the resources.