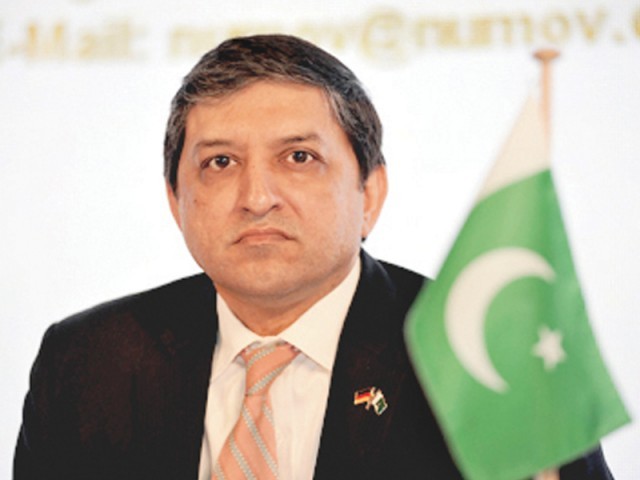 ISLAMABAD: Senate Deputy Chairman Saleem Mandviwalla has refuted the defamation notice of former ambassador Ali Jahangir Siddiqui and termed it as “an attempt to target lawmakers and parliamentarians to stay quiet and not tell the truth about the reality of their dealings”.

Earlier this week, DSJ South Shazia Asif had issued bailable warrants of arrest for the deputy chairman for running a defamatory campaign against the JS Group.

In a civil petition by M Amir Shafiq filed on behalf of the SPM Priv Ltd, it was complained that the Senate deputy chairman ran a slanderous and defamatory campaign from his twitter handle on Aug 31 against the JS Group. Mandviwala in his Twitter campaign had alleged that the group invested $20 million in the Air Blue, led by former prime minister Khaqan Abbasi, who obliged by appointing Ali Jehangir Siddiqui, the son of Jehangir Siddiqui, as his advisor. The petitioner took the plea that the slanderous campaign against the JS Group defamed and damaged the good reputation of the company and hurt its business and public credibility.

“The case is based on my tweet in 2017 in which I mentioned the appointment of Ali Siddiqui, son of Jahangir Siddiqui, as advisor to PM after his investment of $20 million in Air Blue,” said Senator Saleem Mandviwalla in a news conference on Friday. “You all will be surprised to know that a few months ago, JS Group sent some people to me, seeking an apology and withdrawal of my tweet. However, when I asked them to deny the fact if JS and Air Blue were partners or otherwise, everyone kept quiet.”

Senator Mandviwalla clarified that JS was, and still is, the business partner of Air Blue and that he would prove this in a court of law.

He said that such attempts cannot pressurise him or his party. “I refuse to surrender and stand by with my earlier statement. I am a Pakistan People’s Party (PPP) worker who is not afraid of facing court proceedings,” he affirmed.

Mandviwalla appealed the Sindh High Court and Supreme Court of Pakistan chief justices to take notice of the issue, as a court case was already under proceeding for one year without knowledge of the accused while a sudden warrant of appearance was now issued out of nowhere.

He said that the National Accountability Bureau is also investigating a scam of Rs40 billion against Ali Jahangir Siddiqui but he has not been arrested. On the other hand, he added, NAB is arresting former prime minister, Punjab chief minister and opposition members.

“It appears NAB has two laws – one for lawmakers and other for its favourites” he stated.