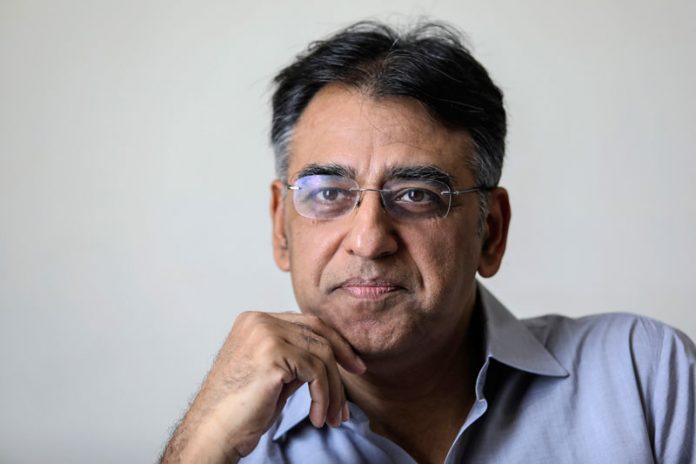 KARACHI: Finance Minister Asad Umar on Saturday announced that Pakistan won’t be opting for an International Monetary Fund (IMF) programme at present whereas the government would present a mini-budget on Jan 23 in a bid to revive the country’s economy.

The minister made these announcements in a meeting with industrialists at Karachi Chamber of Commerce and Industry (KCCI) in Karachi.

The government doesn’t need to go to the Fund at this point, it would explore alternative options in the meantime, the minister told the businessmen. However, negotiations with the International Monetary Fund were underway, he said.

The IMF and Pakistan government failed to reach an agreement despite several meetings. Even then, the minister kept on saying that the country could survive without the Fund for a while, with the support of loans from Saudi Arabia, China and the UAE.

Moreover, the government was in a fix after IMF asked the government to fix the size of the adjustment between revenues and expenditures. Another issue is a continuing hike in interest rates, which will raise the cost of borrowing for both the government and business. In addition, it had asked for the market to fully determine the value of the rupee.

Regarding the upcoming budget, the minister said the mini-budget was supposed to be presented on January 21 but it was delayed on account of Prime Minister Imran Khan’s foreign tours.

The government would remove “tax anomalies” the budget, he said, adding that any change in taxation would be made after approval from parliament.

This makes it the second mini-budget by the government after it gave its first budget in Sep, 2018. The current budget is aimed at addressing the financial crunch by introducing a comprehensive economic plan for the next three years.

“Savings and investment are at their lowest in the country. This is why in the mini-budget we will take measures to lower consumption and increase investment,” he stated.

Asad said, “The powers of FBR’s statutory regulatory orders (SROs) have been withdrawn”, as industrialists expressed reservations over the powers given to the low-cadre Federal Board of Revenue (FBR) officers.

The finance minister said that his visits of Lahore and Karachi were regarding a one-point agenda: the amended finance bill, which he said will facilitate the business class. He also hinted that the amended bill will also carry “some good news” for the Pakistan Stock Exchange (PSX).

The minister rejected the impression that the government was only borrowing money, stressing that several agreements have also been signed to bring investors to the country. “The impacts of the investment agreements will start surfacing from the next week,” he added.

The minister said, “Pakistan’s trade deficit had reached the dangerous level in the previous year; however, with increased investment, the economy would progress, he added.

“PTI is the only political party which mentions ease of doing business in its manifesto. Every month a meeting is summoned and chaired by Prime Minister Imran Khan to discuss the same,” he said.

Asad Umar said in its first five months, the government had taken solid steps for the uplift of the most deprived segments of the society. Recalling his recent visit to Turkey, the minister said he had suggested promotion of strong bilateral trade between the two countries like their robust diplomatic relations.

He said the government wanted peace not only in the country but also in the entire region and for the purpose it desired to have a dialogue with India for the resolution of Kashmir dispute. The military leadership was also on the same page with the government for talks with India, he added.

For the first time in its history, Pakistan was being supported overwhelmingly by the friendly countries, he added. Asad Umar assured the business community that gas supply issue would be resolved soon.

To another question, he said the scope of Karachi Infrastructure Development Co Ltd. (KIDCL) was being expanded. The federal government was working on different projects through the company, he added.

Responding to another question, Asad Umar said there was nothing secret about the debts taken under the China Pakistan Economic Corridor (CPEC) as their details had been made public.

Earlier, the KCCI members, including Chairman Businessmen Group Siraj Qassam Telli, apprised the minister of different problems being faced by the business community, including low gas pressure and its shortage, tax-related issues and discretionary powers of FBR officers.

The party’s vice president, Senator Sherry Rehman, expressed grave concern over rising inflation and the government’s announcement of the mini-budget.

“Will this ‘revolutionary’ government announce a new mini-budget every four months?” she wondered as she advised it to prepare for the annual budget instead.

The PPP leader likened the decision to a “budget bomb” being dropped on the people, based on supposed conditions put forth by the IMF. “Every month new taxes are being imposed and some commodity or the other sees a hike in prices,” she said while lashing out at the government.