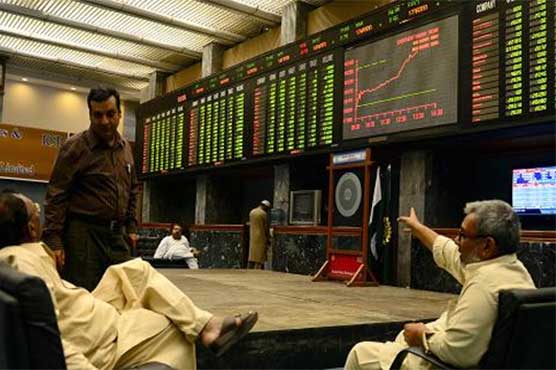 KARACHI: The Pakistan Stock Exchange (PSX) recorded a significant improvement during the outgoing week, as a sharp increase in crude oil price helped build a handsome rally in local oil and exploration companies, which accounted for 40pc gain in the overall index.

The KSE-100 index gained 1,502 points or 4pc to close at 39,049 points during the outgoing week. The improvement was attributed to the positive development that Pakistan and the United Arab Emirates have agreed on around $3 billion support package to help the former manage its balance of payments issue.

Furthermore, the Financial Action Task Force (FATF) expressed a degree of satisfaction over Pakistan’s efforts to combat money laundering and terror financing under international obligations and indicated certain areas to do more before May this year to get out of the greylist. This news further improved investor sentiments.

With WTI crude oil rising 10pc in the past week, exploration and production were the best performers during the week, adding 606 points to the index. Commercial banks and fertilizers followed, cumulatively adding 600 points.

Foreign investors accumulated stocks worth $0.6 million in the past week compared to net selling of $0.5 million the week before. Buying was concentrated in commercial banks and cement sectors.

On the local front, mutual funds led the bullish sentiments, displaying major buying at the index worth $6.7 million, followed by Broker Proprietary $6.4 million.

Among other key developments that dominated play at PSX during the week, remittances increased by 10pc during the first half of the fiscal year, State Bank of Pakistan’s (SBP) forex reserves fell to $7.05 billion in the last week, the government appointed new managing directors for Sui Northern Gas Pipeline (SNGPL) and Sui Southern Gas (SSGC) and World Bank released a report where it expects Pakistan’s FY19 GDP growth to decline to 3.7pc.

An analyst from Arif Habib Securities predicted the market to remain positive, as important developments are expected to take place in the near future, including Saudi energy minister’s visit to Gwadar to establish the largest oil refinery in Pakistan.

According to an analyst from BMA Capital Management, the upcoming week is expected to remain focused on the upcoming IMF meeting.

“Investors may also take cues on upcoming policy rate announcement from T-bill due on 16th Jan 2019, which may provide clarity on revision in market expectations. Moreover, exuberance from this week can continue well into the early next week provided political sphere remains relatively muted,” he added.