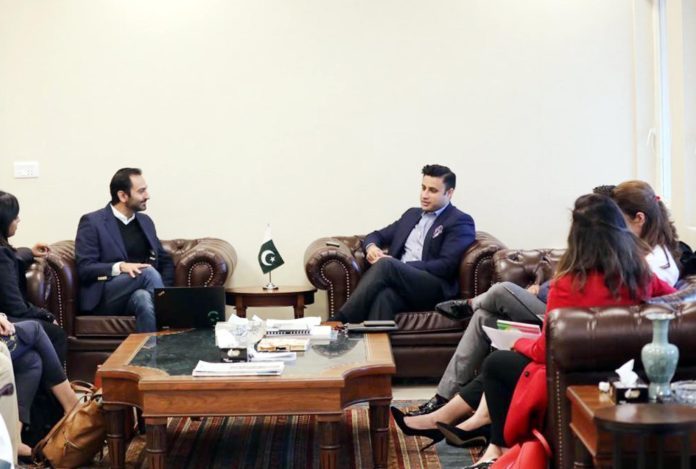 He floated the idea during a meeting with Careem Pakistan’s Chief Executive Officer (CEO) Junaid Iqbal who called on him to discuss ways to capture the ever-growing online market.

“The manpower coming back to Pakistan should be trained and employed by Careem,” Zulfikar said.

Both sides on the occasion discussed possibilities of creating more jobs in the online job market and deliberated on the measures required to facilitate Pakistani expatriates in and outside the country. They also agreed to evolve a mechanism for providing incentives to expatriates, especially those having Overseas Pakistani Foundation card.

The special assistant said Careem should introduce a special discount package for overseas Pakistanis during their stay in Pakistan.

Expressing his resolve to facilitate the Pakistani diaspora in relevant domains, the Careem CEO underlined the role of the government in regularising e-business in the country.

Junaid Iqbal apprised the special assistant about the modus operandi of Careem and highlighted the issues being faced by the company in Pakistan pertaining to different duties, route permits and licensing of their vehicles and captains.

He stressed the need to make e-laws so that all forms of online businesses could be regulated. He claimed that the online marketplace may create two million shops by 2023.

To this, Zulfikar Bukhari admitted that the rules and regulations to handle e-commerce in Pakistan were not at par with the developed countries.

He assured the Careem CEO that the government was cognizant of the factual position and was working on the subject to regulate e-business in the country.

He also suggested a new online payment system for expatriates to send their remittances back to the country. “The mechanism could help Pakistani diaspora make investments and get a market compatible rate in return,” he added.

Junaid Iqbal informed the special assistant that 80pc Careem captains in Dubai were of Pakistani origins. While in Saudi Arabia, he continued, around 8pc of the limo drivers were Pakistanis who brought 20pc of the rides to Careem.

He also briefed Zulfiqar Bukhari of Careem’s future endeavours and informed him about the company’s new policy of promoting public-private partnership for human resource development and national progress.