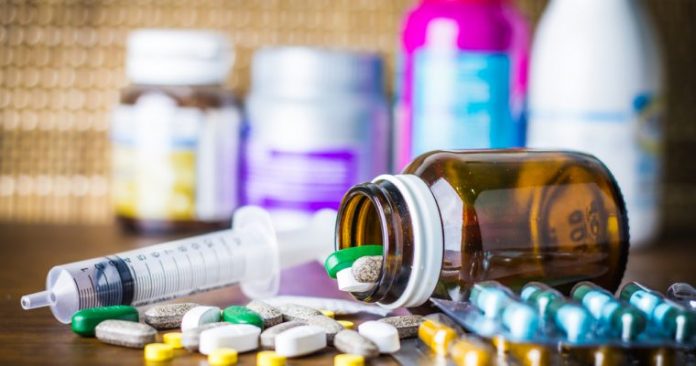 According to the report, notwithstanding the deficiencies in the country’s regulatory and business environment along with local political instability, Pakistan’s pricing environment continues to be a hurdle to the pharmaceutical sector.

The research agency noted medicine pricing in the country is subject to uncertainty, posing a risk to the operations of the multinational drugmakers.

It highlighted this is due in part from the tense relations between the pharmaceutical industry and the Drug Regulatory Authority of Pakistan (DRAP) over drug policy.

Adding to the complicating pricing environment in Pakistan is the major political duress being experienced by DRAP.

Fitch Solutions said due to the limited public information available, there have been competing claims in Pakistan on the extent of medicine price increases announced by DRAP.

There was contention between the figures of increase of 1.4% to 2.9% for pharmaceuticals shared by DRAP, as the Young Pharmacists Association (YPA) told in August 2016 that drugmakers raised the prices of pharmaceuticals by over a 100%.

In 2016, Pakistan Wholesale Chemist Association President Ghulam Muhammad Noorani stated that 80% of the essential medicines in the country exhibited a price rise by 300%, said the report.

The research agency said the governments’ decision to link medicine price rises to the consumer price index (CPI) effective from July 1st, 2016 was geared at enabling a more stable system to manage the price increase in medicine prices.

As per industry projections, this equates to a more stable 4% annual increase for medicine prices in Pakistan, said the report.

Moreover, the Pakistan Pharmaceutical Manufacturers Association (PPMA) believes the policy will help to address the inflationary pressures on the input costs which have outpaced the rise in medicine prices, said Fitch Solutions.

“In 2017, it was announced that annual price increases for scheduled drugs (those that are essential for treating serious illnesses) will be limited to 50% of the increase by the consumer price index, up to a limit of 4%.

Price increases for non-scheduled drugs will be limited to 70%, with a cap of 6% and equal to inflation in the case of low-priced medicines,” said Fitch Solutions.

In January this year, the government increased the maximum retail price of medicines by 9-15% to give much-required relief to both local and multinational drug manufacturers after major rupee devaluation, a high cost of utilities and shortage of raw material supplies.

Moreover, the country risk team at Fitch Solutions remains bearish on the Pakistani rupee as the local currency will remain under depreciatory pressure with weaker external finances.

It projected the central bank will devalue the rupee again in the coming months.

According to PPMA Chairman Zahid Saeed, the manufacturing cost of medicines in Pakistan had soared 40% taking the record devaluation of rupee and rise in duties and taxes into consideration.

Given that local pharmaceutical companies fulfil 90% of medicine need of the country, ‘recommendations were necessary to save the industry,’ said Fitch Solutions.

The research agency stated this was a largely positive development for the country’s pharmaceutical industry since it will not only address the long due demand of the pharmaceutical industry to raise drug prices but will also provide some respite to the industry’s margins which have come under pressure owing to rupee devaluation.

However, the associations have cautioned the government that such a move would create a decline in the status of healthcare in Pakistan since people won’t be able to afford drugs for themselves.

The associations warned the government that such a step would cause further deterioration in the status of healthcare in Pakistan as people would not be able to afford drugs for themselves.

“The Pakistan People’s Party (PPP) and some of the stakeholders of the health sector criticised a sudden increase in prices of various medicines and urged the government to withdraw the decision as middle and lower classes would suffer the most because of it,” concluded Fitch Solutions.