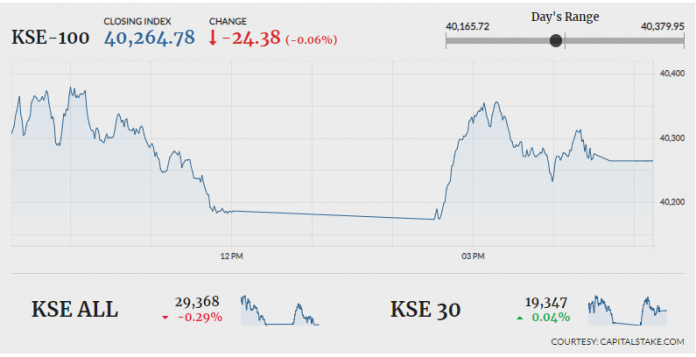 KARACHI: Failing to sustain the gains made in previous session, the Pakistan Stock Exchange (PSX) ended the last session of the week in red.

Indices on Friday oscillated in both directions in search of a clear path while volumes also declined from the previous session. Foreign investors, on the other hand, ended as net-buyers on Thursday with a net inflow of $7.05 million.

On the economic front, Pakistan received the last tranche of $1 billion from Saudi Arabia as part of the $3 billion bailout package, as reported by State Bank of Pakistan. Earlier on Thursday, UAE had deposited $1 billion under the recently announced cash programme for Pakistan.

As reported by the central bank, foreign currency reserves had dropped to a 57-month low of $6.63 billion. The receipt of these tranches would provide a cushion to the reserves. Moreover, the monetary policy is expected to be announced today (Saturday).