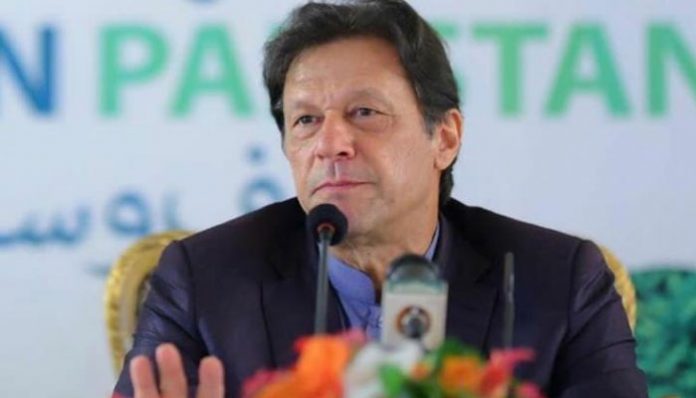 Speaking at the launch ceremony of Pakistan Banao Certificate initiative, the prime minister vowed that under his government, the Pakistani diaspora will feel proud to hail from the country.

“It is important for overseas Pakistanis to see the country prosper, as I have firsthand experience of how they were treated after the September 11 attacks,” the PM stated.

He said he had directed all Pakistani embassies around the world to address problems of the people of Pakistani origin.

“There are ups and downs in life and it is important how we deal with difficult situations and come out of it stronger than before,” he said, adding that Pakistan will become an example of transformative change.

The PM hoped that Pakistani expatriates would send back remittances through banking channels.

The country’s foreign policy, he claimed, was now solely based on the interests of the public.

He said that the country asking for an International Monetary Fund bailout would have only worsened Pakistan’s financial crisis.

“Going to the IMF was not difficult but the easier option for us,” he said, adding that the balance of payment crisis has not been resolved yet.

According to official twitter handle of Imran Khan’s PTI, the Pakistan Banao Certificates is the first initiative of its kind for overseas Pakistanis, as they get a unique opportunity to safely invest their savings with higher profit rates than United States, Europe, Gulf countries while helping build Pakistan.

Under the said scheme, Overseas Pakistanis would be able to earn profits from their investment in certificates.

As for eligibility, Pakistanis having CNIC/NICOP or holders of POC, having bank accounts outside Pakistan, are eligible to buy the Pakistan Banao Certificates. The minimum investment is $5,000.

Profit distribution is in US dollars while premature encashment in Pakistani Rupees can be done anytime without levy or penalty.