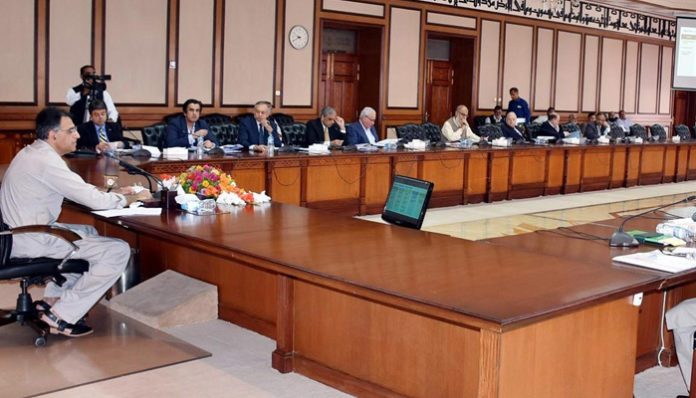 The Petroleum Division had earlier proposed the committee to approve the appointment of FOC for implementation of the oil pipeline project while ISGS be advised not to pursue the project.

Both ISGS and FWO were the leading contenders to construct the pipeline from Machike (Sheikhupura) to Tarujabba (Nowshera). However, the ECC on Tuesday gave the decision in favour of FWO.

Following the ECC approval, Frontier Oil Company will lay an oil pipeline without the financial and sovereign guarantee of the federal government. The company will construct the oil pipeline from its own finances.

As per the documents available with this scribe, the FWO, in a bid to ensure the supply of petrol and diesel from Machike to Tarujabba, had prepared an oil pipeline project and subsequently submitted an application with the Oil and Gas Regulatory Authority (OGRA) to obtain a license. However, the ECC, led by former prime minister Shahid Khaqan Abbasi, instead gave the project to ISGS despite the opposition of OGRA.

Meanwhile, the ECC on Tuesday approved measures for the uplift of cotton crop in the country.

The Ministry of National Food Security & Research secretary gave the meeting a detailed presentation on issues and challenges faced by the cotton sector. Cotton experts, who were specially invited to the meeting, also gave their input with regard to the development of the important crop.

The ECC decided that the Ministry of NFS&R would present, within 30 days, a plan to strengthen the research and development services for different crops with a particular focus on cotton.

The ministry would also submit a plan for the revitalization of federal institutions that have been tasked with the responsibility of developing the cotton sector. The committee also directed the ministry to expedite its efforts for implementation of ‘PB Ropes technology’ to counter the pink bollworm, which impedes cotton growth.

The meeting directed that the Ministry of Industries and Production would take measures for the recovery of cotton cess from textile mills so as to give impetus to cotton promotion activities, which are to be funded through the cess.

Moreover, the ECC accorded approval of additional guarantees worth Rs5.6 billion to Pakistan International Airline Company Limited (PIACL) for the maintenance of engines and acquisition of related spare parts to operationalize grounded planes.

The step would strengthen PIACL’s route rationalization initiatives and would add to revenue generation of the national flag carrier.

Also, the Ministry of Maritime Affairs briefed the meeting with regard to the location of any new LNG terminals in the country as well as the assessment of requirement for relocation of the existing terminals. The committee took note of the presentation and directed the relevant ministries to work out the medium to long term requirement of LNG in the country and present the same to the committee.