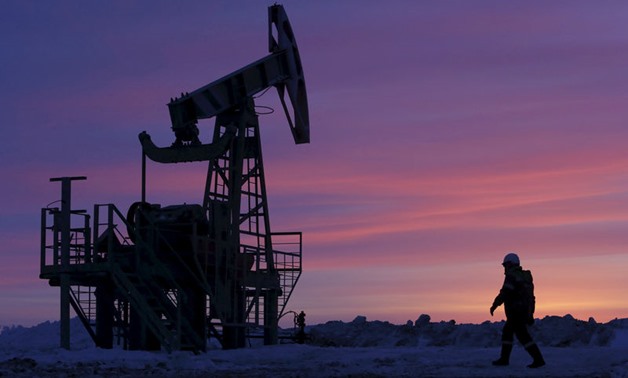 LONDON: Brent oil prices rose on Wednesday, after top exporter Saudi Arabia said it would cut crude exports and deliver an even deeper cut to its production, while US futures gained on a decline in domestic oil inventories.

“The feel-good factor is back in play but oil bulls are by no means out of the woods yet,” PVM Oil Associates Stephen Brennock said.

“It is a well-known fact that the world economy is losing momentum amid a plethora of downside risks including lingering US-China trade tensions and geopolitical uncertainty.”

The Organization of the Petroleum Exporting Countries (OPEC) said on Tuesday that it had cut its output by almost 800,000 bpd in January to 30.81 million bpd.

Most of that reduction has been thanks to Saudi Arabia. Energy minister Khalid al-Falih on Tuesday said production would fall below 10 million bpd in March, more than half a million bpd below the target it agreed to as part of a global deal to limit supply.

US restrictions on Venezuela’s energy sector have crippled exports and threaten to remove some 330,000 bpd in supply from the market this year, according to Goldman Sachs.

The oil price has risen by 20pc so far this year, yet most of that increase materialized in early January, before the imposition of US sanctions on Venezuela’s energy sector.

The global oil market remains well supplied, the International Energy Agency said in its monthly market report on Wednesday and output would still likely outstrip demand this year, despite OPEC’s efforts and US sanctions on Iran and Venezuela.

“Oil prices have not increased alarmingly because the market is still working off the surpluses built up in the second half of 2018,” the IEA said. “In quantity terms, in 2019, the US alone will grow its crude oil production by more than Venezuela’s current output. In quality terms, it is more complicated. Quality matters.”

Venezuela has tried to find alternative customers, especially in Asia, but under US pressure many buyers there are also shying away from dealing with PDVSA.

In the United States, crude inventories fell by 998,000 barrels in the latest week, trouncing forecasts for a rise of 2.7 million barrels, according to data from industry group the American Petroleum Institute on Tuesday.

US crude output is expected to grow by 1.45 million bpd this year and by another 790,000 bpd next year to hit 13 million bpd in 2020, according to the Energy Information Administration.

The rapid growth in US production, led by shale oil output, has led to an unwelcome build in inventories of crude and refined products, while refining margins for the gasoline it yields have collapsed around the world.