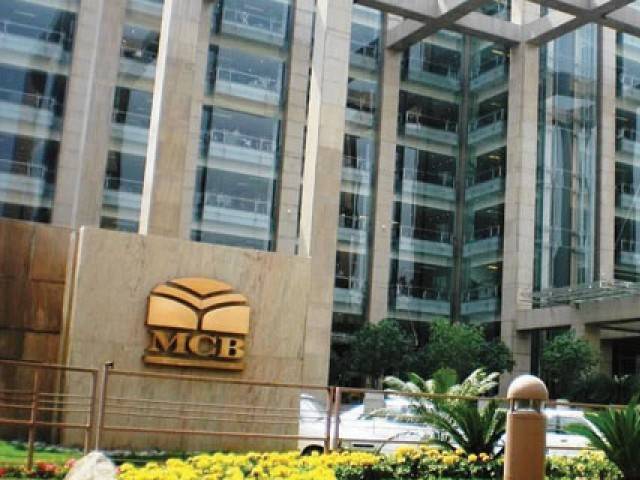 LAHORE: The Board of Directors of MCB Bank Limited met under the Chairmanship of Mian Mohammad Mansha on Wednesday to review the performance of the bank and approve the financial statements for the year ended December 31, 2018.

Unconsolidated profit before tax (PBT) of the bank increased by 3pc and was reported at Rs32.06 billion as compared to Rs31.01 billion for 2017, whereas Profit After Tax (PAT) for 2018 was reported at Rs21.36 billion.

During the calendar year 2018, the changing macro-economic factors made the operating environment more challenging with discount rate registering a steep increase of 425bps in absolute terms. Based on the anticipated interest rate movement, the bank focused on asset base with shorter maturities, resulting in 8pc increase in net interest income over last year.

On the gross markup income side, the bank reported an increase of Rs9.2 billion over the last year. Analysis of the interest-earning assets highlights that income on advances increased by Rs10 billion, primarily on account of improved average advances volume of Rs83 billion coupled with increased yield of 92bps.

On the investment side, gross markup income decreased by Rs2.2 billion due to decreased average volume of Rs66 billion. On the interest-bearing liabilities side, the cost of deposits increased by 69bps over last year, to corroborate to the increasing interest rates.

The bank increased its average deposits by Rs123 billion when compared with last year. Average borrowings volume registered a significant decline of Rs84 billion over the last year.

On the administrative expenses side excluding pension fund, despite the surge in inflationary pressures coupled with significant devaluation and increase in operational outreach, the bank was able to contain the growth percentage to 10pc. The increase includes the premium cost amounting to Rs559 million on account of deposit protection premium, which was effective from July 01, 2018. Barring the impact of deposit protection premium, the increase in operating cost was only 8.27pc.

On the provision side, the bank reversed provision amounting to Rs2.9 billion on advances whereas the bank recorded gross charge of Rs2.8 billion on equity portfolio in 2018.

Investment mix continued to shift from long-term PIBs to the short-term T-Bills during the year in the wake of rising interest rate scenario. Resultantly, investment in T-Bills increased by Rs194 billion whereas investment in PIBs decreased by Rs95 billion.

While complying with the regulatory capital requirements, the bank has paid the highest cash dividend per share in the industry with regular interim dividends and remains one of the prime stocks traded in the Pakistani equity markets. The bank’s total Capital Adequacy Ratio is 18.13pc against the requirement of 11.90pc (including capital conservation buffer of 1.90pc).

Quality of the capital is evident from bank’s Common Equity Tier-1 (CET1) to total risk-weighted assets ratio which comes to 16.02pc against the requirement of 6.00pc. Bank’s capitalization also resulted in a leverage ratio of 7.09pc which is well above the regulatory limit of 3.0pc. The bank reported a Liquidity Coverage Ratio (LCR) of 178.70pc and Net Stable Funding Ratio (NSFR) of 130.6pc against the requirement of 100.

The board of directors declared a final cash dividend of Rs4.0 per share for the year ended December 31, 2018, which is in addition to Rs12.0 per share interim dividends already paid to shareholders.