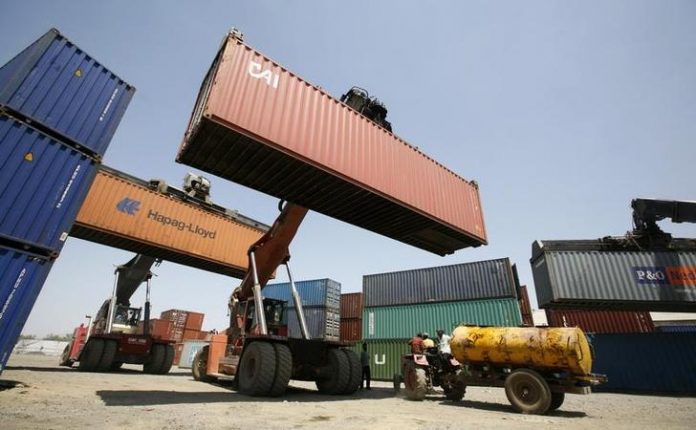 ISLAMABAD: The Pakistan Customs officers are allegedly trying to save their high ups in the Rs933 million Faisalabad dry port scam.

As per the documents, the Federal Board of Revenue (FBR), on the direction of the Federal Tax Ombudsmen (FTO), had established an eight-member forensic audit team six years ago to investigate the scam pertaining to import clearances through Faisalabad dry port during the period from November 17, 2011 to August 11, 2013.

Shaukat Ali, a grade 21 officer, who is currently facing a National Accountability Bureau (NAB) inquiry, was serving as the Faisalabad collector at that time.

FTO had asked the forensic team to submit the inquiry report within one month; however, the committee submitted its report on 9th Jan 2018 after a period of more than five years.

The inquiry team, in its incomplete findings, stated that the commercial counsellors and the shipping lines, in order to reconcile the export and import declarations/documents, did not realize in the given timeline.

The fractional retrieval of the same resulted in partial variation of under-invoicing, mis-declartion and presentation of forged invoices. On the basis of this fractional information, a short paid amount of duty and taxes amounting to Rs441,434 was detected in GD number FDRY-HC-773 dated 29.11.2012. Furthermore, the commercial counsellor posted in Germany informed that an invoice presented in GD number FDRY-HC-1105 dated 08-06-2012 was prima facie found bogus.

In addition, the committee stated that the scrutiny of clearance data, in the absence of factual reporting, transpired that imported goods were misclassified, resulting in short payment of duty/taxes amounting to Rs36,435,831. Through this misclassification, the items, including Juice Extractor, Bakery Roaster, Coffee Machine and Medical Equipment, imported in old & used condition were released, which were otherwise not importable in terms of Serial 9 & 12 of Appendix C to Import Policy Order 2009 in vogue at that time.

The committee stated that the aforementioned findings were interim and could not be concluded due to the fact that verifications from all quarters could not be received due to time-bound exercise. The audit team tried its level best to put in all efforts to probe the prior import verifications by calling export documents from country of origin through commercial counsellors/shipping lines and simultaneously the post-release verification of sale of imported goods by calling sales tax invoices & sales tax returns from the importers, but no one turned up to provide the complete information.

The only available option with the audit team was to scrutinize the available record, critically examine the examination reports, allied reported facts as per invoice, packing list, goods declaration, and laboratory test reports in the absence of the goods, which were released and consumed during the year 2012-13.

The committee stated that in order to make the report productive, the committee was of the considered opinion that MCC Faisalabad may determine negligence of the officers/officials responsible for the revenue loss to the tune of Rs85.12 billion.

Interestingly, on the other hand, a member of the committee, in its letter submitted to Pakistan Customs, stated that the forensic audit team had concealed facts and withheld the findings to suppress crime and save the criminals in its forensic audit report.

He requested to treat the forensic report as invalid and same the may be returned to the audit team for examining of documentary evidence of the scam which was available with the undersigned, and to resubmit the report after supplying its deficiencies, removing its circumventions and eliminating its evasiveness.

During the course of forensic audit proceedings, difference cropped up between the undersigned and the head as well as other team members of the audit team, he claimed, adding that the undersigned wanted to submit before the FBR a report based on documentary evidence, which uncovered the characters behind the scam irrespective of their status in the hierarchy of customs administration.

The head and other team members wanted to compile a report, which did a reasonable job of extricating them from the unpleasant job, he said.