China’s Huawei sees little impact on sales from US broadside 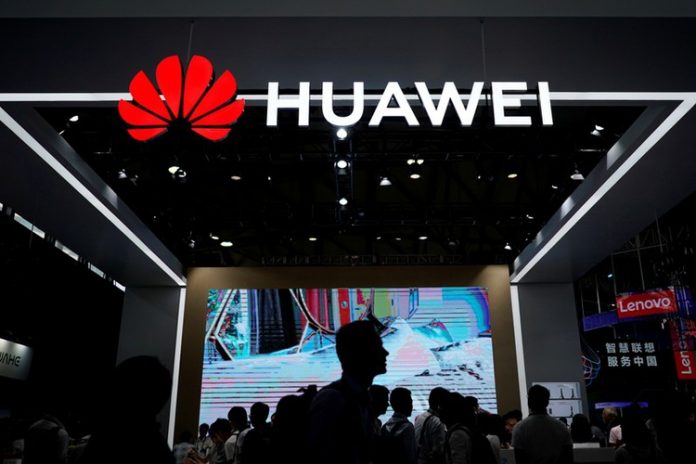 SHENZHEN/HONG KONG: The US campaign against China’s Huawei is having little impact on the company’s sales and it is unlikely many countries will follow the United States in banning Huawei from building next-generation mobile networks, its rotating Chairman Eric Xu said.

“Recently we are seeing a large number of countries making their own decisions,” Xu said during an interview at Huawei Technologies’ headquarters in Shenzhen.

While Australia has banned Huawei from 5G networks over security concerns, European Union countries such as Germany and France have indicated they are likely to ignore the US call to shut out the telecoms giant.

“Maybe it’s only Australia,” Xu told reporters after a tour of the campus.

Xu affirmed that Huawei’s revenue jumped 36pc over the first two months of 2019 and was set for a 15pc annual spike to $125 billion, underlining strength in its smartphone business and sales of computing and communications networks.

Huawei has been facing mounting scrutiny, led by the United States, amid worries its equipment could be used by Beijing for spying. The company, however, says the concerns are unfounded.

Xu said he does not expect the United States to intensify its attack on the company by barring sales of US components to Huawei, a move that almost put its compatriot ZTE Corp out of business last year before US President Donald Trump lifted the ban.

Huawei is the world’s third-largest buyer of computer chips, many of which come from US companies, and a sales ban would be disruptive to the global tech industry, Xu said.

Xu’s comments come at a time when Huawei has sued the US government over a law that restricts its market access.

In Canada, lawyers for Huawei CFO Meng Wanzhou, the daughter of founder Ren Zhengfei, have sued the government over her Dec 1 arrest at the behest of the United States. She was charged with bank and wire fraud to violate US sanctions against Iran.

Huawei, a privately held firm that offers few details about its internal operations, has in recent months offered media interviews and invited journalists to tour its facilities as part of a counter-attack against the allegations of spying.

Media reporters were invited on Monday to peruse files in Huawei’s “share registry room” where it keeps records on tens of thousands of employee shareholders.

Its ownership structure shows the Chinese government has no stake in the firm and that its 74-year-old founder Ren owns just over 1pc of the company.

Much of the global scrutiny of Huawei stems from Ren’s background with China’s People’s Liberation Army, where he was a civilian engineer for nearly a decade until his departure in 1983 after helping to build its communications network.

Reuters also toured Huawei’s new campus in Dongguan, near Shenzhen, that features buildings modeled on European cities including Paris and Heidelberg, connected by a special train imported from Switzerland.

However, there was little activity on the campus, which is designed to house 18,000 workers, save a couple of black swans flitting about a lake.

In contrast, another Huawei facility nearby bustled with workers assembling smartphones on automated production lines.

Huawei’s growth is mainly being driven by its booming smartphone business and sales of computing and communications networks to government and business customers.

Future growth will also come “primarily” from these, Xu said, with sales of equipment to telecom carriers growing at single-digit rates.

Huawei is the world’s top producer of telecoms equipment and second-biggest maker of smartphones.

On Huawei’s semiconductor operations, HiSilicon, Xu said the unit produced more than $7.5 billion worth of chips last year. That compares with an estimated $21 billon of chips that Huawei acquired from outside vendors.

HiSilicon produces chip designs for Huawei’s equipment mainly, with the manufacturing handled by so-called “foundry” companies such as Taiwan’s TSMC.

It does sell chips to others for use in video cameras, television set-top boxes and some low-cost internet-connected devices, Xu said.

Huawei will report its 2018 financial results at a press briefing on Friday, which over a hundred journalists are expected to attend, far more than in past years.

“The United States should take quite a lot of the credit for making advertisements for Huawei,” Xu quipped.