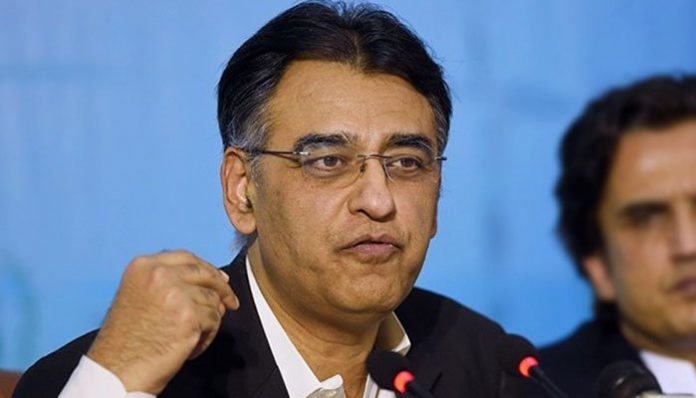 According to details, the regulations would prescribe minimum service standards and requirements for EMIs to ensure delivery of payment services in a safe, sound and cost-effective manner.

These instruments included wallets, prepaid cards, and contactless payment instruments, which have been instrumental in promoting cashless payments like merchant checkouts, e-commerce, transportation and toll payments.

Speaking at the launching ceremony on Monday, Finance Minister Asad Umar said that digitization was imperative for bringing about an economic revolution in the country, hence the measure taken by the State bank of Pakistan was laudable and much needed.

“I have told the prime minister many times that if you intend to bring revolution in future, this is the way,” the minister remarked.

Asad Umar was of the view that this regulation would resolve core payment issues, promote transparency and reduce dependence on human resources. “When the system will expand, it will be difficult for people to remain outside it,” he added.

The minister said that Pakistan was facing many issues pertaining to macroeconomic matters, low national savings, less ratio of investments, high fiscal deficit etc. “But the biggest issue remained the capture of economic policies by the county’s elite.”

“Those enjoying good relations with high-ups become successful businessman while those who innovate and take risks fail to make it big,” he noted.

Asad Umar said digitization would be more beneficial for those taking risks and offering innovations, adding that it could become a component towards bringing about a fundamental transformation in the country’s economy.

The minister highlighted the importance of cyber-security, saying that a single mishap could push the country back by many years. “As we move towards a digital economy, if even a single case of data-hacking is witnessed, it would retard the years of development. It is absolutely vital, whatever investment needs to be made, that appropriate measures are taken in this regard,” he added.

SBP Deputy Governor Jameel Ahmed, in his speech, said that the drafting of EMI regulations was no doubt a challenging task, which was accomplished with the help of different stakeholders and World Bank.

He said that technological advancements have given an upward push to platform economy, adding that there were around 157 cellular subscribers with 75 per cent teledensity in Pakistan.

The SBP representatives on the occasion gave a detailed briefing about the EMI regulations, its licensing procedures, other requirements, limits of e-money instruments and many other issues related to the subject.