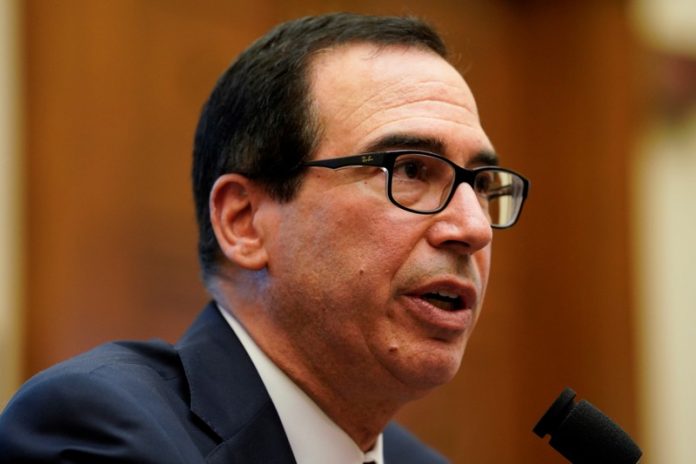 WASHINGTON: US Treasury Secretary Steven Mnuchin said on Wednesday that US-China trade talks continue to make progress and the two sides have basically settled on a mechanism to enforce any agreement reached.

Mnuchin, speaking on CNBC television, said that a call with Chinese Vice Premier Liu He on Tuesday night was productive and discussions would be resumed on Thursday.

“We’ve pretty much agreed on an enforcement mechanism, we’ve agreed that both sides will establish enforcement offices that will deal with the ongoing matters,” Mnuchin said, adding that there were still important issues for the United States and China to address.