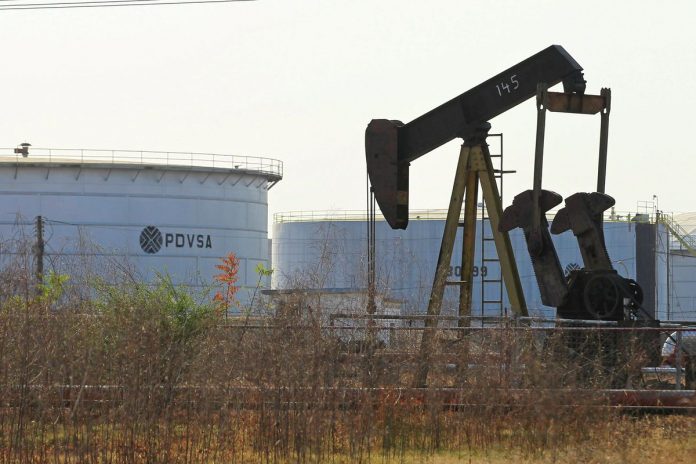 International benchmark Brent futures were at $71.23 a barrel at 0942 GMT, down 50 cents from their last close.

US West Texas Intermediate (WTI) crude oil futures were down 54 cents at $64.07 per barrel.

US crude oil production remained at a record 12.2 million barrels per day (bpd), making the United States the world’s biggest oil producer ahead of Russia and Saudi Arabia.

US gasoline stocks fell by a whopping 7.7 million barrels, sending US RBOB higher by 3.5pc on their close on Wednesday.

US sanctions and power outages pushed OPEC member Venezuela’s crude output to a long-term low of 870,000 bpd, the International Energy Agency said on Thursday, even lower than OPEC had reported the day before.

Overall output from the Organization of the Petroleum Exporting Countries, which has agreed with allies to withhold 1.2 million bpd of crude from the market since the start of 2019, fell 550,000 bpd in March to 30.1 million bpd, the IEA said.

The agency, which coordinates the energy policies of developed nations, saw oil stocks in industrialized countries fall in February by 21.7 million barrels, putting inventories 16 million barrels above their five-year average.

Oil markets will remain tight “as long as Saudi Arabia continues to back the production cut deal as aggressively as it has done so far”, said Ole Hansen, head of commodity strategy at Saxo Bank.

Beyond the short-term outlook for oil markets, a lot of attention is on the future of demand amid the rise of alternative transport fuels.

“We believe global demand has another 10 million bpd of growth, with over half from China,” Bernstein Energy said in a note.

Bernstein said it expected oil demand to peak around 2030. “While no industry lasts forever, the age of oil is far from over.”