Ready when you are, EU tells US on trade talks 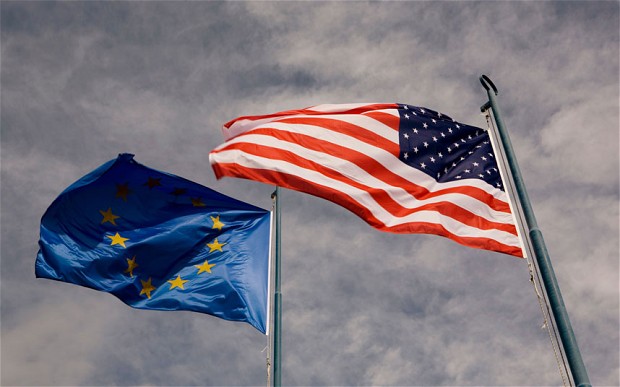 BRUSSELS: The European Union is ready to starts talks on a trade agreement with the United States and could conclude a deal before the end of the year, European Trade Commissioner Cecilia Malmstrom said on Monday.

Malmstrom spoke after EU countries approved two negotiating mandates proposed by the European Commission. Of the 28 EU countries, only France voted against, while Belgium abstained.

The commission will start two sets of negotiations — one to cut tariffs on industrial goods, the other to make it easier for companies to show products meet EU or US standards. It needed backing from the EU member states to do so.

Malmstrom said she would now reach out to US Trade Representative Robert Lighthizer to see when talks could begin.

“We are ready as soon as they are,” Malmstrom told a news conference.

She added Brussels would strive to agree what amounted to a limited deal before the commission’s term ends on Oct 31. “If we agree to start, I think it can go quite quickly.”

Malmstrom stressed that the potential tariffs deal was far less ambitious than the previous “TTIP” negotiations, which stalled after three years and have now been rendered obsolete.

The two sides are each other’s largest trading partners. Flows between the two represent 30pc of global trade.

A commission survey estimates an agreement on industrial tariffs would increase EU exports to the United States by 8pc and US products bound for Europe by 9pc.

The European Union and the United States reached a detente last July when US President Donald Trump agreed to hold off imposing punitive tariffs on EU cars as the two sides sought to improve economic ties.

The commission has said it is willing to discuss cars, but will not include farm products, a key demand of the United States, which wants comprehensive agricultural market access.

“Agriculture will certainly not be part of these negotiations. This is a red line for Europe,” Malmstrom said.

EU governments agreed the bloc would not conclude negotiations until Washington removed tariffs it has applied to EU steel and aluminum and would suspend negotiations if the Trump administration imposed new tariffs, such as on cars.

Germany, whose exports of cars and parts to the United States are more than half the EU total, has been among those keenest to press ahead with talks.

France, with very few US car exports, wants climate change provisions in any deal— a difficult demand given Trump’s withdrawal from the Paris climate agreement.

The United States and the European Union have meanwhile begun preparations for measures related to a long-running dispute over subsidies given to US planemaker Boeing and its European rival Airbus.

The Trump administration last week proposed targeting a list of $11 billion worth of EU products for tariffs, ranging from large aircraft to dairy products and wine.

Brussels has drawn up a 13-page list of some $20 billion of US products, including fish, tobacco, suitcases, planes and video games, EU diplomats say.

The commission will publish its list on Wednesday as part of a public consultation.

In both cases, WTO arbitrators have yet to set an amount.