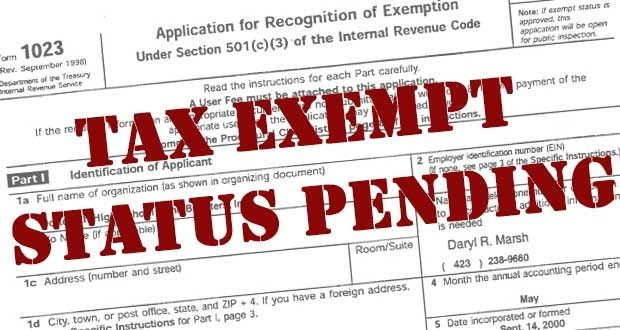 ISLAMABAD:  As the trade bodies and associations are giving budget suggestions to the government, Federal Board of Revenue (FBR) has complained that the business community is demanding tax exemptions worth Rs 800 billion. “FBR is already giving Rs 700 billion worth exemptions to various sectors. How and from where we can collect taxes if more exemptions are given,” said Member Tax Policy Hamid Ateeq while briefing the National Assembly’s Standing Committee on Finance, Revenue and Economic Affairs which met here on Tuesday.

Member (IR-Policy), FBR assured the Committee that para-wise comments of the FBR on the proposals will be furnished within week time to National Assembly Secretariat for further consideration by the Honorable Members of the Committee. Hamid Ateeq said that FBR is already short of revenue as even filers don’t pay the due taxes. “Unfortunately the last tax amnesty scheme was availed by 95 percent filers,” he said.

The committee discussed the issues pertaining to restoration the customs duty on the import of Phthalic Anhydride and directed to Federal Board of Revenue (FBR) to consider the said matter with stakeholders, chemical associations and report in this regard may be submitted to the Committee within seven days.

The Member Policy informed the committee that a meeting was convened with Pakistan Tyres Importers & Dealers Association to consider the matter about regulatory duty on the import of tyres. The committee recommended that the final report on the issue may be submitted within a week’s time.

Earlier the President FPCCI, while sharing his budget proposals, informed the committee that the prevailing sales tax rate of 17 percent is too high and its procedure is the mother of several ills. The standard sales tax rate should be reduced to 13 percent in VT mode at first stage to align it with Sindh sales tax on services and thereafter reduce it gradually at one percent annually up to single digit.

He also suggested that further 3 percent tax on unregistered person should only be applied on finished /consumer goods and not to be levied on the Registered Persons for supply of raw material and under Fixed Tax Scheme.

The FPCCI also suggests since the sales tax on the textile machinery has already been made zero rated, in line with the policy to support and promote industrialization in the country, Sales Tax at 10 percent imposed on import of all machineries, under Eight Schedule to Sales Tax Act, 1990 for new and existing units be also exempted or reduced to zero percent. There should also be no income tax or customs duty as well on their imports.

As per the budget proposals all types of refunds including DLTL; Income Tax; Duty, Drawback etc., should also be included in the Promissory Note Scheme to overcome financial crunch and ensure availability of working capital.

According to the proposals the total impact of taxes and duties on smuggling prone items should be reduced to the extent where the incentive of their smuggling is removed.

The fixation of value of those goods such as tea which are prone to under-invoicing is another measure through which the mis-declaration of value by importers can be discouraged.

The rectification of customs anomalies on items under FTA is not possible because of government-to-government agreement. It is therefore, suggested that such type of tariff anomalies be rectified by creating local customs headings of these products or by imposition of regulatory duty.

As per the president FPCCI, in Pakistan the corporate tax rate in FY2019 is 29 percent which due to multiplicity of taxes (2 percent Workers’ Welfare Fund + 5 percent Workers’ Participation Fund) goes up to 36 percent. The maximum rate of income tax at 29 percent on Companies should be brought down to 25 percent and 20 percent on single member/small companies to compete with other regional and global countries.

During the meeting some of the representatives of chambers of commerce complained that Chinese nationals were freely doing business in the country as they easily get NTN and other facilities in Pakistan. Unlike them, Pakistanis can’t avail similar facilities in China because of the strict rules in the neighboring country. As per law Pakistani nationals can only do business in joint ventures with locals in China.

ISLAMABAD: The government has started taking action against those behind the countrywide petrol shortage in June 2020 in light of recommendations submitted by a...
Read more
HEADLINES

Nike to clean up used, returned sneakers and put them back...

April 12, 2021
CHICAGO: Nike Inc said on Monday it will start refurbishing sneakers - from Vapormaxes to Reacts - returned by shoppers and selling them at...