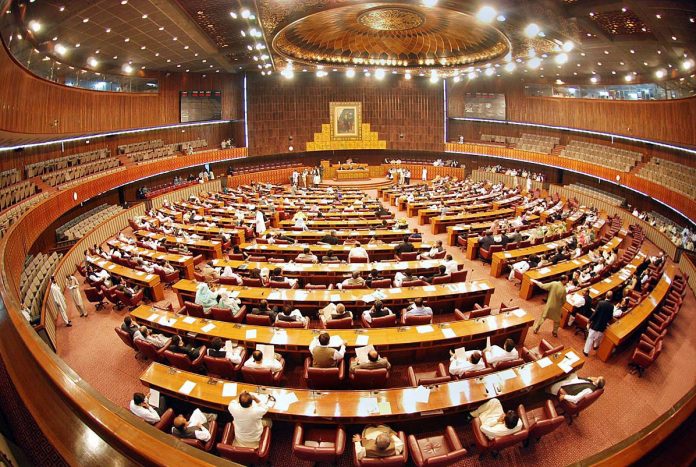 ISLAMABAD: Parliamentary Secretary for Commerce Shandana Gulzar Khan on Wednesday informed the National Assembly that Pakistan’s exports to India had shrunk significantly following the imposition of 200pc duty on Pakistani products by the Indian government in wake of the Pulwama incident.

Responding to a calling attention notice in the National Assembly, she said Pakistani exportable products have taken a hard hit amid enhanced Indian duties, adding that Pakistan used to export 98pc of its dried dates to India.

“In response, we have also increased duties on certain Indian products. We are also exploring other markets where Pakistani products could be facilitated,” she added.

It is pertinent to mention that following the Pulwama attack, India had raised customs duty to 200pc on all the goods it imported from Pakistan.

Economists had said that the decision would significantly hamper Pakistan’s exports to its neighbouring country, which stood at $488.5 million for the financial year 2017-18.

India had also withdrawn its Most Favoured Nation status from Pakistan.

“India has withdrawn MFN (most favoured nation) status to Pakistan after the Pulwama incident. Upon withdrawal, basic customs duty on all goods exported from Pakistan to India has been raised to 200 per cent with immediate effect,” Finance Minister Arun Jaitley had stated in a tweet.

The two main items imported from Pakistan are fruits and cement, on which the current customs duty is 30-50pc and 7.5pc, respectively.