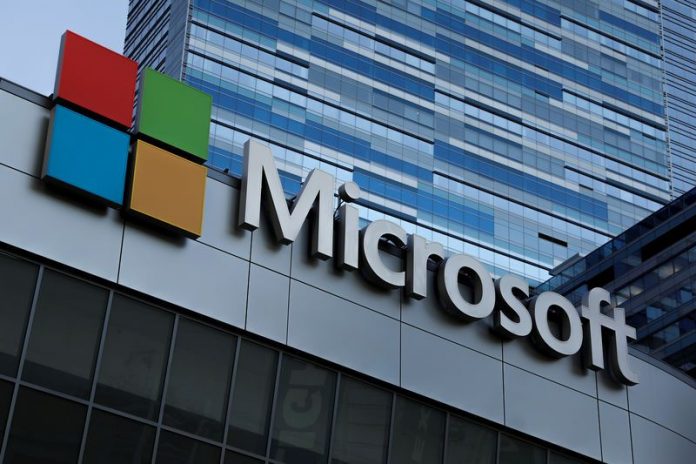 Microsoft Corp’s market value vaulted above the $1 trillion mark for the first time in regular session trade on Thursday, pulling ahead of Apple Inc and making it the most valuable US publicly traded company after quarterly earnings and revenue beat Wall Street expectations.

The software company was helped by predictions from its executives for continued growth for its cloud computing business in its quarterly conference call after the market close on Wednesday. The stock leapt above $1 trillion in after-hours trading following the report.

Microsoft, Apple and Amazon.com Inc have taken turns in recent months to rank as the world’s most valuable US-listed company. Apple last traded at $205.91, giving it a market cap of $970.92 billion. Amazon trailed with a $939.25 billion value.