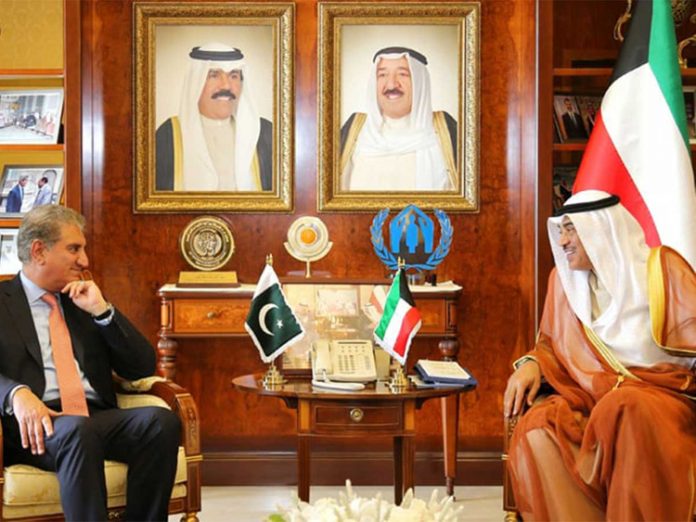 ISLAMABAD: Foreign Minister Shah Mehmood Qureshi has called for Kuwaiti business leaders to invest in Pakistan and to become partners in the government’s scheme of low-cost housing units.

Qureshi was on an official visit to Kuwait on May 18 to 19 and held wide-ranging discussions with the Kuwaiti leadership on matters of mutual interest, said a Foreign Office press release on Monday.

He also invited Kuwait’s public and private sectors to become partners in the government’s scheme of low-cost housing units.

The foreign minister had an audience with Sheikh Sabah Al-Ahmad Al-Jaber Al-Sabah, Amir of Kuwait.

Welcoming the foreign minister, the Amir expressed deep affection for the leadership and people of Pakistan.

Qureshi also extended an invitation to the Amir of Kuwait on behalf of President Dr Arif Alvi to visit Pakistan.

He handed over a letter addressed by the prime minister, seeking his kind indulgence in facilitating visa matters pertaining to Pakistani nationals.

The foreign minister proposed that both sides may devise an institutional mechanism to bolster bilateral cooperation in mutually identified areas including trade, investment, agriculture and food security, defence and manpower.

Both sides agreed to continue cooperation in the United Nations, Organisation of Islamic Cooperation and other multilateral fora.

His Kuwaiti counterpart also hosted Qureshi and the accompanying delegation for an Iftaar dinner the day before.

Appreciating the role of the Pakistani diaspora, the Kuwait deputy prime minister and interior minister evinced interest in acquiring professional/skilled and semi-skilled labour from Pakistan.

The foreign minister also addressed Pakistani community in Kuwait before leaving for Pakistan.