Dollar gains strength in interbank market ahead of holidays 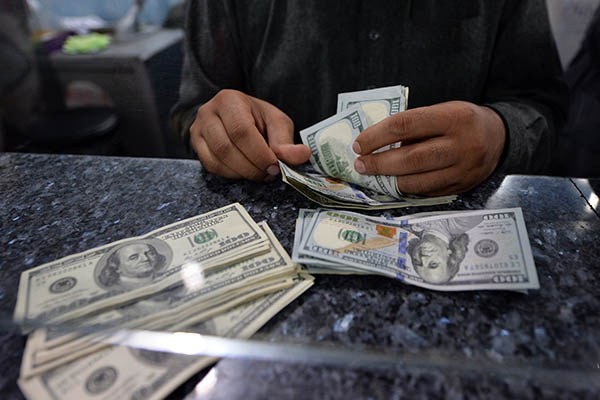 The value of the greenback increased by Re0.75 in the interbank market and the dollar was traded at Rs148.90 ahead of Eidul Fitr holidays, a private media outlet reported on Monday.

According to currency dealers, the demand for the greenback increased in the interbank market due to upcoming Eidul Fitr holidays. Subsequently, the value of the local currency dropped in the open market, said a currency dealer.

Some dealers said that the difference of Rs2 to Rs3 between the value of the dollar in the open and the interbank markets was eliminated which was a positive sign for the rupee.

They expressed hope that the demand of the greenback will drop in the interbank market after Eidul Fitr holidays. Similarly, the commercial importers who are hedging dollars in the backdrop of the extraordinary volatility in the value of the greenback would also revisit their strategy, bringing stability in the money market.

On the last trading session on Friday, the dollar had fallen to Rs148.20 in the interbank market after trading as high as Rs150.30, registering a decline of Rs2.10 during the week. The interbank market was closed on Saturday, but in the open market where retail clients buy and sell foreign exchange, the US currency lost another Re1 and was traded at Rs149.