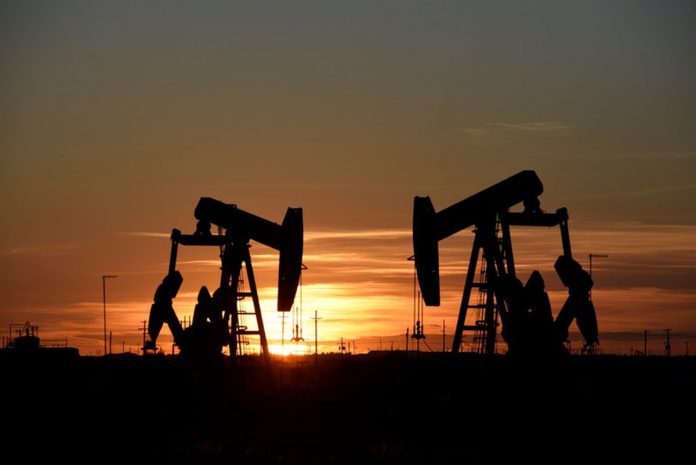 LONDON: Oil prices rebounded from last week’s heavy losses on Monday after reassurances over production from top oil exporter Saudi Arabia, the de-facto leader of the Organization of the Petroleum Exporting Countries (OPEC).

Saudi Arabia indicated that the group of oil producers, together with Russia, would continue managing global crude supplies to avoid a surplus.

“We will do what is needed to sustain market stability beyond June. To me, that means drawing down inventories from their currently elevated levels,” Energy Minister Khalid al-Falih was quoted as saying by the Saudi-owned Arab News newspaper.

Front-month Brent crude futures were at $62.40 at 1150 GMT, up 41 cents, or 0.66pc, above Friday’s close. Prices dropped by more than 3pc on Friday, with May recording the biggest monthly loss in six months.

“Saudi Arabia’s preference for continuing with, or even deepening, the OPEC+ output cut commitment has also provided a lift to prices,” said Abhishek Kumar, head of analytics at Interfax Energy in London.

“Nevertheless, the escalating trade war of the United States with China, the European Union and Mexico will cap price gains in the run-up to the OPEC+ meeting.”

The group’s next meeting is scheduled for late June.

Brent crude prices have dropped almost 20% from their 2018 peak as global supplies tighten following output curbs by OPEC and Russia, as well as a drop in Iranian exports, due to US sanctions, and Venezuelan production.

Saudi Arabia pumped 9.65 million barrels of oil per day (bpd) in May, a deeper cut than its production target under the global pact to reduce oil supply, a Saudi oil industry source said on Monday.

The Saudi output target under the OPEC-led pact is 10.3 million bpd.

A planned June 4 strike by Norwegian workers could also lead to tighter global supply and buttress prices, potentially cutting Norway’s oil and gas output by about 440,000 barrels of oil equivalents per day if mediation efforts fail.

Global markets have skidded in recent weeks on concerns the economy could stall amid rising trade tensions between the United States and China, the world’s two largest economies and biggest energy consumers.