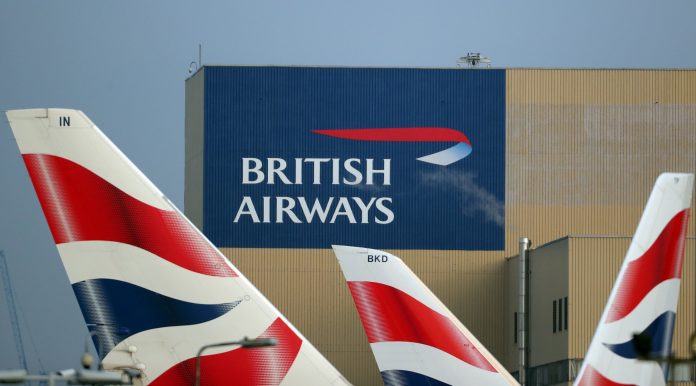 ISLAMABAD: British Airways Chief Commercial Officer Andrew Brian has expressed the desire to start the airline’s operations in other cities of Pakistan after Islamabad.

Addressing a news conference in Islamabad after the resumption of British Airways’ flights to Pakistan on Monday, he said his company wants to provide more facilities to passengers travelling from Pakistan.

“The restarting of the flight operations in Pakistan is a big milestone in the company’s history,” he maintained.

Speaking on the occasion, Advisor to Prime Minister on Commerce Abdul Razak Dawood termed the revival of flights by British Airways as “a good omen for Pakistan”.

He expressed hope that trade and people-to-people links with the UK will increase with the resumption of BA flights.

He said BA stopped its operations in Pakistan in 2008 owing to security reasons, adding that with marked improvements in the security situation, foreign airlines are expressing interest to start their operations here.

“We want to transform Islamabad International Airport into a regional air hub,” the minister asserted, adding that the Aviation Policy 2019 focuses on increasing the aviation activities for promotion of trade, tourism and international links.

He said the Aviation Division is fully committed to providing all-out facilities to various stakeholders in the sector.

Special Assistant to Prime Minister on Information and Broadcasting Dr Firdous Ashiq Awan said the revival of BA flights is a testimony to the international confidence on the policies of Prime Minister Imran Khan.

“Pakistan is moving in the right direction and we have to move ahead on the path of progress with the support of our international friends,” she added.

Awan appreciated the efforts of British High Commissioner to Pakistan Thomas Drew for his untiring efforts to plead the case of Pakistan in the UK.

It is pertinent to mention that the airline suspended its operations in Pakistan a decade ago in the aftermath of the bomb blast at Marriott Islamabad in September 2008.