‘Business community stands with PM in his fight against corruption’ 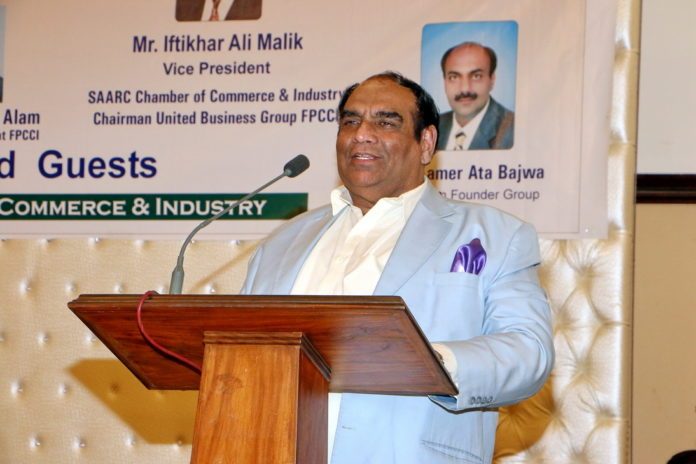 ISLAMABAD: Pak-US Business Council and United Business Group Chairman Iftikhar Ali Malik has said that the business community would extend all-out support to Prime Minister Imran Khan in his mission to eliminate the menace of corruption from the country.

While espousing the prime minister’s announcement to form a high-level commission to investigate rampant corruption that took place during the last 10 years, he said that corruption does not the only mean financial wrongdoing but also means misuse of authority.

“All chambers across the country, including UBG, are fully conscious of the implications of corruption and stand by the PM in his efforts to get rid of the menace that has plagued the society,” he said in a statement issued on Thursday.

He appreciated the Pakistan Tehreek-e-Insaf (PTI) government for taking prompt action on the complaints forwarded by the business community with regard to agriculture and maritime sectors.

He said that corruption was a major obstacle in the progress of the country, adding that in the past, Pakistan was undeniably harmed due to corrupt practices.

“The disgruntled elements filled their pockets and rendered our national exchequer empty,” he maintained.

Furthermore, he said it was a good sign that the PTI government wanted across the board accountability of dishonest elements, as there was no room for these unscrupulous elements in new Pakistan.

“The elements involved in corruption are the real enemies of our country as they destroy the moral fabric of our society. It is only because of them that Pakistan is lagging behind in the race of progress, development and prosperity,” he maintained.

He suggested the government to facilitate export sectors in order to get the country out of the prevailing financial crunch.

“It is the only way that can help repay debts otherwise the country would never be able to get out of the debt trap and would have to take fresh loans to service the principal amount and interest of the actual loans which are already over $93 billion.”

He said the tax amnesty scheme should boost industrialization and create new investment opportunities in sectors other than real estate.