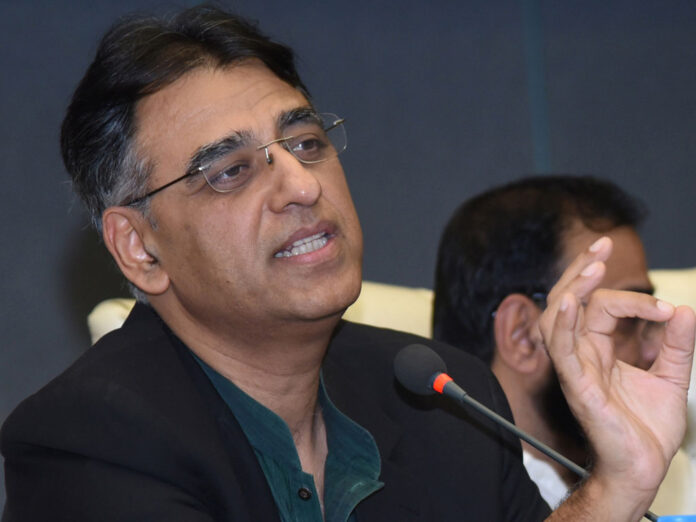 —‘If the govt is not serious about passing of bills, then they should at least take the committee members seriously’

Pakistan Tehreek-e-Insaf MNA Asad Umar on Thursday expressed displeasure over the absence of government officials from a session of the National Assembly Standing Committee on Finance, a private media house reported.

“We are postponing the passage of all government bills,” remarked Asad Umar. “If the government is not serious about these bills, then they should at least take us (committee members) seriously,” he said.

Umar noted that the committee “cannot dictate to the Ministry of Finance” and its role is to merely “advise, recommend, and monitor”.

The committee members in attendance expressed grave concern over the rising inflation and requested a briefing on the increase in prices of cement, flour, sugar and airline tickets.

Umar expressed frustration over the fact that “there are billions of dollars stashed abroad which are not being brought back to the country,” and that “despite not wanting to, the government has been forced to place an additional burden on the people”.

The board said that it had obtained data from 28 countries for 152,000 accounts. “These accounts contain $7.5 billion,” the FBR officials said, before adding: “Of these, just 650 accounts account for $4.5 billion.”

The officials did clarify, however, that 60 per cent of these account holders had availed the tax amnesty scheme, to which Umar said: “In attempting to cracking down on such individuals, we were too late in introducing the tax amnesty scheme. If we had cracked down on them sooner, the scheme would have received a greater response from people.”

The committee rejected the board’s briefing and summoned the FBR chairman to give a detailed briefing on overseas accounts in the committee’s next session.