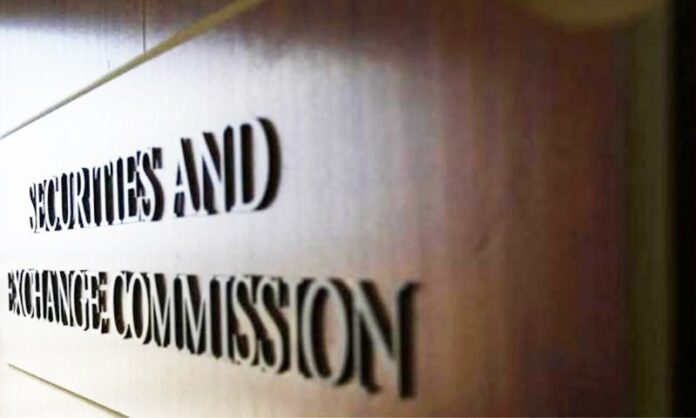 ISLAMABAD: A record-tampering case has surfaced in the Securities of Exchange Commission of Pakistan (SECP), where two Pakistani directors of a registered company, with the alleged connivance of SECP officials, changed the shareholding of the third director.

Malik Naveed Asghar Awan and Zhicheng Li had 45pc shares whereas Rehan Malik Azam had 10pc share in the company.

According to sources, the Pakistani directors allegedly sought the “help” of SECP officials in tampering the share value of Zhicheng Li without his consent. Subsequently, Li’s share value in the company was brought down from 45pc to one rupee, causing him losses worth millions.

Sources said the record-tampering incident took place in 2016 owing to an alleged rift between the directors when the company was working on Neshpa oilfield.

Documents revealed that Pakistani directors had used fake signatures of the Chinese national in order to change his share details in the SECP. They also opened two bank accounts in two different private banks using the fake signatures of Zhicheng Li.

As per the law, SECP cannot change the share details until or unless the company director himself approached its company registration office. However, in this case, the SECP did not approach the third director of the company.

Documents further disclosed that SECP, on January 18, wrote a letter to Zhicheng Lia in which it stated that the commission has already been taken action upon knowing about the fraudulent act.

“The SECP, upon knowing that the change in shareholding of Zhicheng Li is false, has restored the shareholding positions of directors to the same as at the time of incorporation.”

Instead of taking any action against its officials, the SECP registered a fraud case against the Pakistani directors of the company, sources disclosed.

It was learnt that during the last year and a half, Malik Naveed Asghar Awan, with the help of a bank official, transferred the money from Nasys’ account to a newly established company of which Zhicheng Li was not a partner.

Sources revealed that Zhicheng Li had written to the Federal Investigative Agency (FIA) and National Accountability Bureau (NAB) about the fraud but NAB replied that the nature of allegations does not fall within the ambit and purview of the NAB Ordinance 1999. However, NAB referred Li’s plea to the SECP Islamabad chairman for necessary action.

On the other hand, FIA had initiated an inquiry and had confiscated the record from SECP but no progress has been made since.