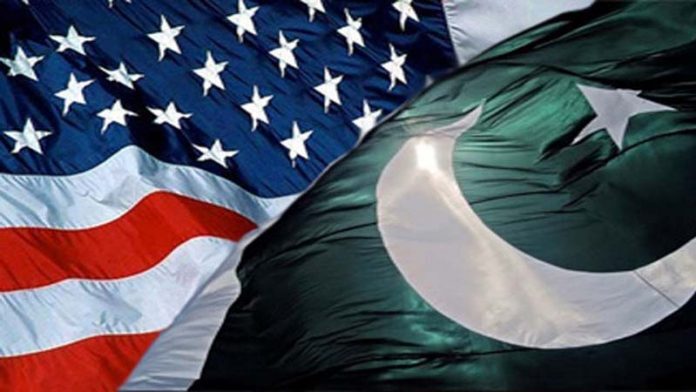 ISLAMABAD: The Pakistani business community Sunday hoped that Prime Minister Imran Khan’s upcoming visit to the United States (US) would bring both the countries closer and will help in exploring new venues for mutual cooperation, besides seeking direct access to American markets on zero-rate duty to help stabilize Pakistan’s bleak economy.

In a press statement issued here on Sunday, Pak-US Business Council Chairman Iftikhar Ali Malik said that Pakistan needs immediate direct access to US markets and not aid as it has suffered colossal financial losses for playing a frontline role in the war on terror.

The US must support Pakistan to achieve its economic prosperity and self-reliance, he said. He added that joint efforts are needed to further cement the existing economic ties between the private sectors of Pakistan and the US.

Malik also demanded that US President Donald Trump should announce packages of incentives for the quick revival of the Pakistani economy as the country had suffered economic losses in the war against terror.

Iftikhar Malik, who is also the vice president of SAARC chamber, said that USA is the largest trading partner of Pakistan with a trade volume US$6.7 billion. He added that Pakistan’s major exports to the United States are sports goods, surgical goods, leather and finished leather products, textile, cotton yarn, garments, carpets, and rice.

“Pakistan’s main imports from the US are electrical machinery, equipment, medicines, dry fruits, perfumes, coffee, mangoes, dates and other food items,” he said.

Malik also called for negotiation on bilateral investment treaty for promotion of investment. He suggested that both the countries should expand cooperation on the 2013 Joint Action Plan on Trade and Investment, as the US remains Pakistan’s significant source of foreign direct investment.

Moreover, the chairman said that the USA should remove the bottlenecks in bilateral investment treaty and efforts should now be made on signing a free trade agreement (FTA) at the earliest.

“It is now imperative that the USA should offer same package and incentives which it offered to Bangladesh and Sri Lanka in textile exports, such as duty concessions and market access,” he said in the statement.

Commenting on the visa restrictions, Malik said that these restrictions should be eased for the Pakistani businessmen and exporters and joint efforts were needed to further strengthen the existing economic ties between the private sectors of both the countries.

He also urged the need to restore relations to the level of pre 9/11 days, adding that good relations between the US and the Muslim Ummah would help restore confidence and attain world peace.

With South Asia becoming the hub of international economic activity, restoration of peace in the region is all the more necessary, he concluded.