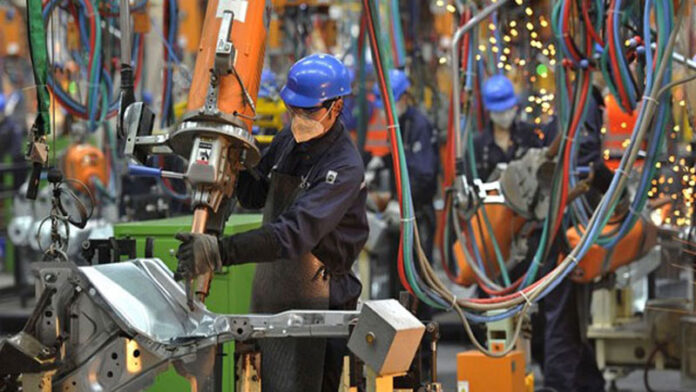 ISLAMABAD: The overall output of large-scale manufacturing industries (LSMI) in the country during the first 11 months of the preceding year (2018-19) observed a decline of 3.5pc as compared to the output of the corresponding period of last year.

According to the data released by the Pakistan Bureau of Statistics on Wednesday, the LSMI production witnessed a reduction of 3.78pc during the month of May 2019, as compared the same month of last year, whereas it was decreased by 7.97pc if compared with April 2019.

The manufacturing sector that observed an increase during the first 11 months of FY19 included fertilizers (+0.34pc), electronics (+0.59pc) and leather sector (+0.03pc), as compared to the same period of last year.

Meanwhile, from July-May 2018-19, the output of the engineering sector in the country recorded about 0.02pc growth, rubber products 0.01pc and wood products increased by 0.00pc respectively.

The PBS data further revealed that the production of non-metallic minerals products went down by 0.38pc, automobiles by 0.85pc, while iron and steel products reduced by 0.48pc.