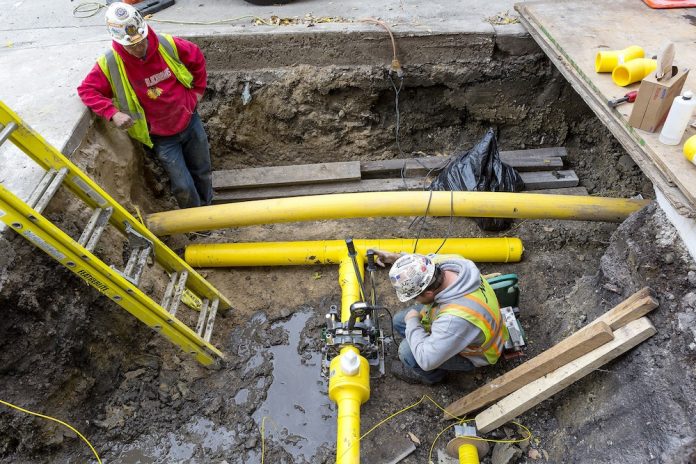 ISLAMABAD: The Oil and Gas Regulatory Authority (OGRA) has issued around 98 different permits to streamline matters related to the Liquefied Petroleum Gas (LPG) sector including its smooth supply in every nook and cranny of the country throughout the year.

During the last fiscal year, the regulatory authority granted 96 licences for operation, marketing, storage and filling plants, construction of LPG auto refueling stations and storage, construction of LPG air-mix plants and distribution of air-mix LPG through storage and handling terminals, and setting up an LPG production and storage facility besides authorising two companies to manufacture LPG equipment.

OGRA has also compiled a report about consumption of LPG, which shows that domestic, industrial and commercial consumers of Islamabad, Punjab, Khyber Pakhtunkhwa, Sindh, Balochistan, Federally Administered Tribal Areas, Azad Jammu and Kashmir consumed around 40,921 metric tonnes of LPG in a 14-month period from April 2018 to May 2019.

According to OGRA’s Annual Performance Report 2018-19, the LPG prices are determined by the Ministry of Energy under a regulation policy, while the authority’s domain is limited to notification and regulation of the determined rates.

OGRA has said that it provided relief of around Rs107 million to consumers by addressing their complaints against two state-owned companies namely, Sui Northern Gas Pipelines Limited (SNGPL) and Sui Southern Gas Company (SSGC) during the last fiscal year.

The authority received 7,082 complaints, of which it decided on 5,909 cases and granted gas connections to 635 complainants besides providing Rs106.93 million relief to consumers by addressing their grievances.

OGRA deals with complaints against licence holders under the Complaint Resolution Procedure Regulations 2002 without any fee, which can be sent through email, online, fax and normal post.

The regulatory body has granted nine licences for establishing new Oil Marketing Companies (OMCs), which would bring investment of around Rs4.5 billion for the construction of oil storage infrastructure over the next three years.

Besides, the permission was granted to six companies to initiate marketing of petroleum products after fulfilling their obligation of constructing oil storage infrastructure.

“New entrants into the marketing arena will increase competition, which will ultimately benefit the consumers,” the authority, established in 2002 with the objective to “foster competition and increase private investment in the midstream and downstream petroleum industry,” stated in the report.

Similarly, it granted permissions to the OMCs and other companies for operating their newly constructed oil storages and terminals at different locations including Sahiwal, Habibabad, Mehmoodkot, Machike, Daulatpur, Port Qasim, Shikarpur, Kotlajam and Pattoki.

“The addition of new oil storage’s will strengthen the oil supply infrastructure and the backup storage system,” the report added.

The authority also approved as many as six Gas Sale Purchase Agreements (GSPAs) between producers and consumers/licencees during the year 2018-19.