OGRA bans use of CNG, LPG in school vans, PSVs 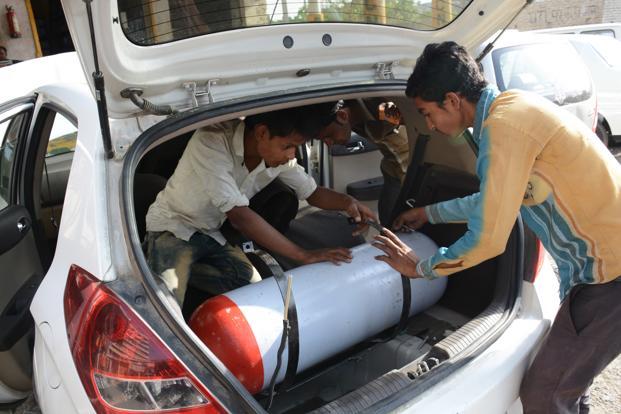 ISLAMABAD: The Oil and Gas Regulatory Authority (OGRA) has imposed a complete ban on the use of Compressed Natural Gas (CNG) and Liquefied Petroleum Gas (LPG) in public service vehicles (PSVs) and school vans, it was learnt on Wednesday.

As per the documents available with Pakistan Today, OGRA has taken this decision in order to ensure the safety of passengers and to avoid unpleasant incidents/accidents.

OGRA has also requested provincial transport authorities and the Motorway Police inspector general to initiate a crackdown against all PSVs having gas (CNG/LPG) cylinders installed inside the passenger compartments.

Owing to a lack of verification of PSVs operating on intra-and inter-city routes, OGRA has asked the concerned authorities to rigorously enforce its laws (Rule 199 of MV Rules, 1969) and immediately ensure removal of gas cylinders from PSVs, besides cancelling their route permits.

Similarly, the authority has requested the MVEs/RTAs not to declare fit a vehicle in which gas cylinder (which is also a fuel tank as per MV Rules 1969) is installed.

“The school vans, which are private vehicles, should in no case be allowed using CNG as fuel so that the safety of innocent children could be ensured,” OGRA stated.

OGRA officials said that the decision was taken due to a rise in traffic accidents, adding that the step would help the authorities minimise harm to people.

Explosions of gas cylinders are frequent in Pakistan largely due to lack of enforcement of safety standards and procedures. There is a long list of fatal gas cylinder blasts in the past which have led to deaths and injuries of passengers.

According to sources, the previous government did not take action against illegal workshops that installed substandard cylinders, with insufficient gas-filling capacity in vehicles.

Since December 2016, when the government formally deregulated CNG, there has been no system of checks and balances on the trade of cylinders and kits, they said, adding that the transporters use faulty or expired cylinders in their vehicles, which increases the risk of accidents.

CNG was introduced to Pakistan in the 1990s, at a time when the country’s natural gas reserves were perceived as an unlimited source of fuel. Being locally produced and environmentally friendly, the government encouraged its use as an alternative to diesel and petroleum.

Seen as economically viable as compared to the heavily taxed and constantly fluctuating prices of petroleum, CNG quickly gained popularity with owners of large public-sector vehicles as well as school vans and buses, which could easily accommodate the bulky equipment.

According to the Economic Survey 2010-2011, Pakistan was the world’s largest user of CNG, overtaking Iran, Argentina and Brazil.