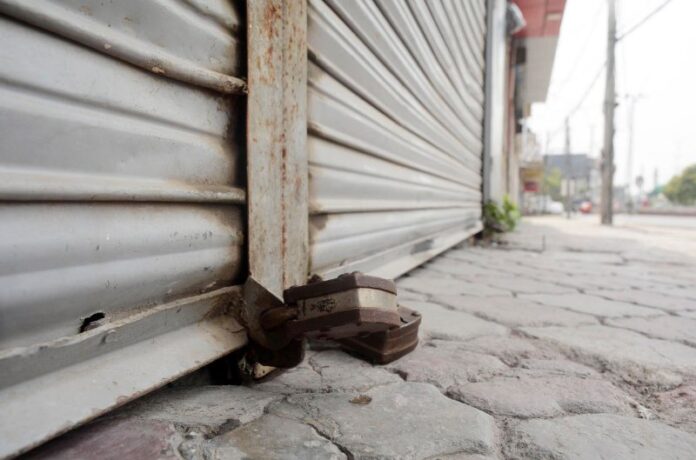 LAHORE: All Pakistan Anjuman-e-Tajran (APAT) on Wednesday announced to hold four countrywide strikes against the imposition of new taxes by the government.

In the first phase, a complete shutterdown strike will be observed on August 15 and August 16 while in the second phase, the traders will close the markets on August 26 and August 27, a statement issued by APAT read.

The traders bashed the incumbent government of Pakistan Tehreek-e-Insaf (PTI), saying that the steps to improve the country’s economy “are actually creating difficulties for the masses”.

The country is moving towards destruction with these new (government) policies, they stated.

Earlier, while addressing a gathering during its countrywide strike on July 13, All Pakistan Traders Associations (APTA) General Secretary Naeem Mir had said that the traders “would take the protest forward if the government not agree to our terms”, adding that the traders would not file their tax returns until demands are met.

It is pertinent to mention that under the IMF bailout programme, Pakistan is under heavy pressure to boost its tax revenues to plug a fiscal deficit which has ballooned to around 7 per cent of its gross domestic product, as well as avert a looming balance of payments crisis.

Pakistan has long suffered from a weak tax base, with only about 1 per cent of its 208 million population filing income tax returns and key industrial sectors dominated by powerful lobbies that pay little or no tax.