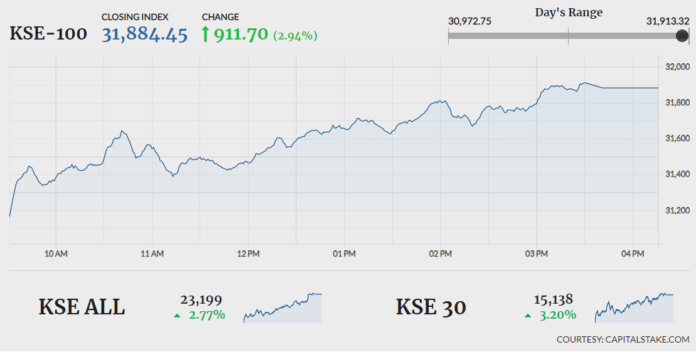 The indices witnessed a good start to the day with the KSE-100 Index crossing the 31,000 mark threshold, improving its weekly return to about 11pc. Foreign investors closed Wednesday’s session as net sellers with a net outflow of $0.610 million.

On the economic front, Pakistan’s foreign direct investment declined by 59pc to $73.4 million in the first month of the current fiscal year (July FY20). According to the State Bank of Pakistan, this was mainly due to a decline in China Pakistan Economic Corridor-related investments.

Philip Morris Pakistan Limited (PMPK 0.00pc) declared its financials for the second quarter of FY19. The company’s sales increased by 40pc, distribution expenses declined by 21pc  while earnings per share improved from Rs-1.96 in the same period last year to Rs10.95.