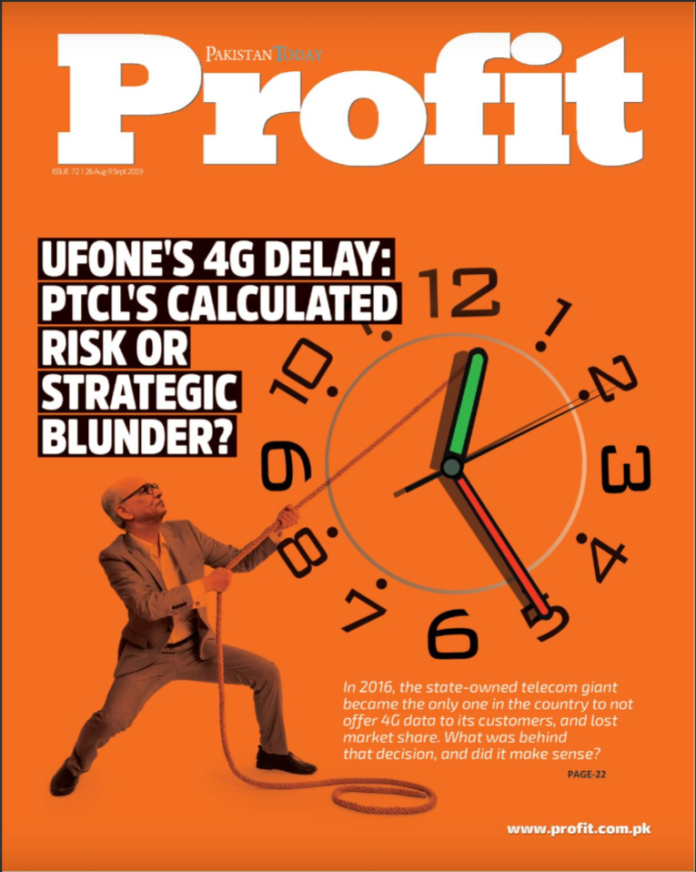 The market just isn’t big enough for these many players. This is a statement that is thrown around a lot these days, whenever the profitability of Pakistani cellular companies are discussed. But of late, it is discussions on Ufone specifically, that this is used most often on. The company isn’t doing all too well. Slow to the high-speed internet game (where it still doesn’t have 4G proper) the company has taken a serious beating, most prominently at the hands of Zong, who poached away the largest number of its active users.

Read more about the tribulations, and possible promise, of Ufone in this edition’s cover story. But I want to speak more about the state-owned telecom giant PTCL, which wholly owns Ufone. Back when it was launched, it was decided that Ufoneis going to be run not only by a different set of people but also in a manner starkly different from that of its parent company. Ufone was to have a corporate culture similar to that of the other cellular operators instead of the sarkari mahol over at PTCL.

However, back in 2016, Dr Daniel Ritz, the recently hired boss of PTCL, was also given some control of Ufone, in that the latter’s boss, was to directly report to him. A curious dynamic has arisen when, after Dr Ritz’s departure, Rashid Khan (the CEO of Ufone) was given the PTCL’s charge. In one fell swoop, Khan has turned from a chief executive representing his company in the best light to the parent company, into the boss of the parent company with a complete insider’s knowledge of its subsidiary. If the management of Ufone wished for its man over at PTCL, it should have been careful what it wished for, since that man knows the company inside out.

If Rashid Khan like Dr. Ritz belives that Ufone is only going to keep haemorrhaging PTCL – and also buys into the argument that the cellular game is a three-player market – then he might decide to continue with the status quo. Specially after realising that there is no way it could compete with the deep pocketed Zong, which is even about to go into 5G. He could also use its synergies with PTCL (which still provides the infrastructure backbone to all the other cellular companies) to remain competitive. Or he might surprise and decide to invest in 4G and later 5G technology.

We can’t know any of this for the time being, because the two men are poles apart as far as doing press is concerned. Dr Ritz – who made it to the cover of Profit’s inaugural edition – was a refreshingly candid CEO. He was pretty clear about the considerable challenges that he had at PTCL. But he seemingly set his eyes on the right way out of the mess: improving poor customer care (PTCL has the lion’s share of the complaints lodged at the PTA) and replacing the legacy infrastructure that the company was riddled with. On the former, he even made considerable headway, with complaints coming down not just in nominal terms but also as a proportion of the total complaints.

Still, something wasn’t sitting right with the board (presumably) and he was replaced. It remains to be seen what Rashid Khan’s strategy is going to be. Insiders say he will speak to the press only when he has executed his plan. Till then, we can only make educated guesses.