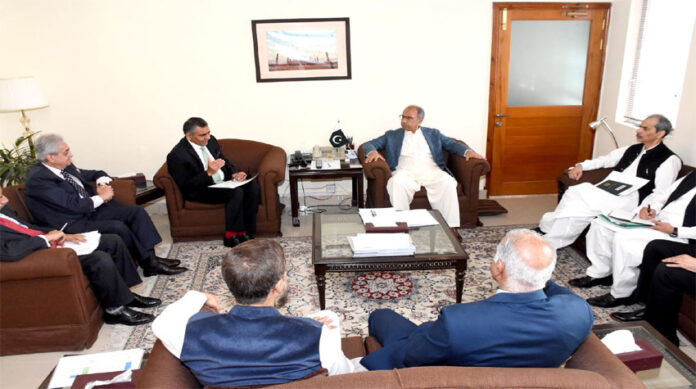 The PM’s adviser said this during a meeting with PIA President & CEO Air Marshal Arshad Malik and his team. The meeting deliberated various activities and initiatives undertaken by the PIA to reduce its operational cost.

Dr Abdul Hafeez Shaikh stressed the importance of a viable and independently-made corporate plan to help the PIA overcome its difficulties and achieve sustainability in its business processes and flight operations.

He said the government was fully behind the PIA management and expected it to work diligently so that the national flag career could be turned into an economically stable, viable and dependable airline for local and international travellers.

PIA President & CEO Air Marshal Arshad Malik thanked the adviser for his guidance and briefed him about various initiatives undertaken in recent months, including optimal utilisation of PIA assets and a significant reduction in the operational cost of the airline.

He said the PIA management had been able to lay off nearly 1,000 redundant staff to save costs. He termed the ongoing haj operation a success with almost 90 per cent efficiency achieved in the pre-haj flight operation.

The PIA chief said he expected similar results in the post-haj operation for which all-out efforts were made to bring back the pilgrims as per schedule.

The adviser instructed his team in the Ministry of Finance to work closely with the PIA management and extend them all possible financial help, keeping in view the availability of fiscal space.