Govt decreases POL prices by up to Rs5.33 per litre 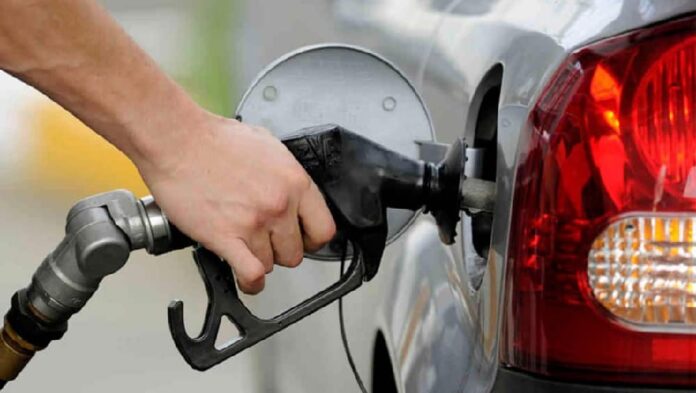 ISLAMABAD: Amid confusing statements by some cabinet members, it has been determined that the price of petrol has been slashed by Rs4.59, effective from September 1.

The government had earlier issued a notification, stating ‘mistakenly’ that the price of high-speed diesel has been reduced by Rs7.67.

According to the clarification issued by the finance ministry late on Friday, the prices of high-speed diesel, kerosene oil, and light diesel would be lowered by Rs5.33, Rs4.27, and Rs5.63 per litre, respectively. 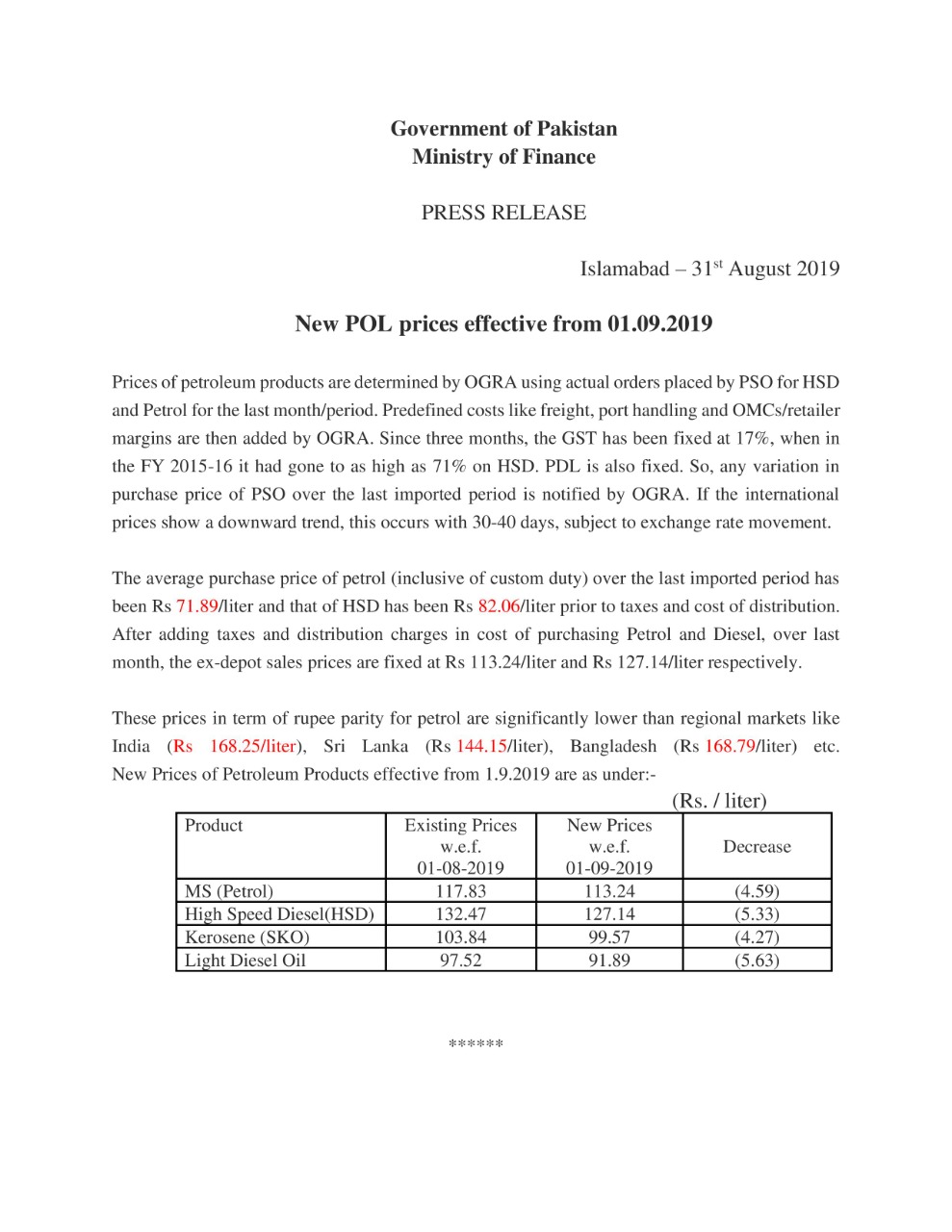 In this regard, PM’s Special Assistant on Information and Broadcasting Dr Firdous Ashiq Awan said in a tweet that the benefit of lowered global oil prices would be directly offered to the people.

The second year of ‘Naya Pakistan’ would bring good news for the people, she added.

Terming it a practical step, Dr Awan further said on Twitter: “Instead of taking the price-cut gain for itself, the people-friendly government will directly pass the benefit of lowered oil prices in the global market to provide relief to the people.”