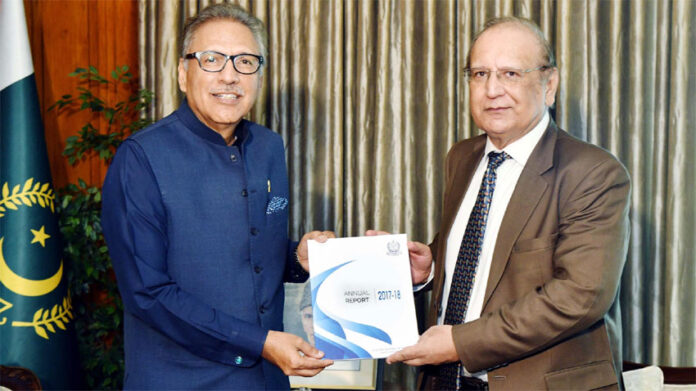 President Dr Arif Alvi has emphasised the need to introduce modern technology in the audit processes so as to ensure maximum transparency, Radio Pakistan reported.

He was talking to Auditor General of Pakistan Javaid Jehangir in Islamabad on Wednesday.

Highlighting the constitutional importance of the Auditor General of Pakistan, the president said transparency has to be the priority of any government that is striving to ensure good governance.

The president was presented the Annual Audit Report for the financial year 2017-18 by the AGP.

During the financial year 2017-18, an audit of over Rs13 trillion was conducted and Rs127.279 billion were recovered.

The AGP apprised the president about the salient features of the annual report and said that all efforts were made to ensure efficiency and discipline in the organisation. He further informed President Alvi that automation of the audit processes was also underway.